It seems that the buzz around the upcoming Vivo flagship isn’t going to stop anytime soon. In the past couple of days, we have already seen two teasers from the company. Until now the teasers have revealed nothing but for the fact that Vivo Xplay 5 is coming soon. 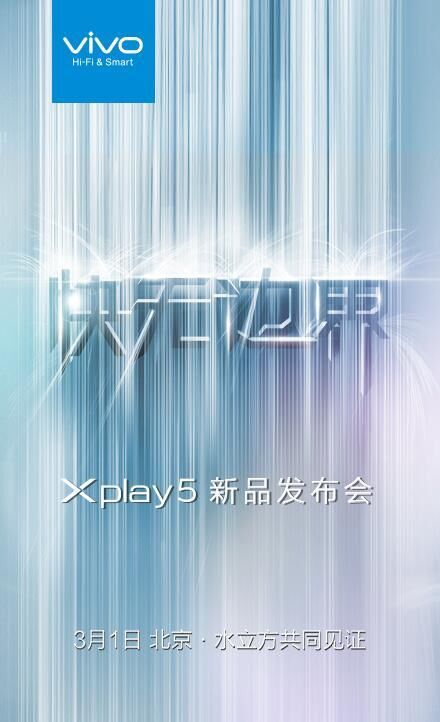 Vivo’s last flagship device, Vivo Xplay 3S had come almost two years ago and it has been a long time since fans have been waiting for Vivo to release its latest flagship device. Xplay 3S was the first Chinese smartphone with a 2K display and a fingerprint sensor. It was received very well back then and we hope the same for the Vivo Xplay 5.

Specifications of the phone haven’t been revealed yet but rumours suggest a Qualcomm Snapdragon 820 chipset and a staggering 6 GB of RAM. The display size isn’t confirmed but a 5.5-inch qHD display is being expected.

So brace yourselves for the latest Vivo flagship and do let us know what you feel about this device.