MobiPicker
News Vivo X9 Plus Offers Dual Front Camera and 6GB RAM at USD...
Share on Facebook
Tweet on Twitter
Deal Alert: 49% Off on ExpressVPN
Touted as #1 VPN in the world, ExpressVPN is now offering 49% off & an additional 3-months of service on its annual plans.

The Vivo X9 and Vivo X9 Plus are two new smartphones from the Chinese company that were recently listed on its website. Today, Vivo has revealed the official price of the Vivo X9 Plus. The phone has been priced at CNY 3498, which roughly translates to USD 503. The X9 Plus will go on sale from 26th December and will be available in Gold and Rose Gold colors. 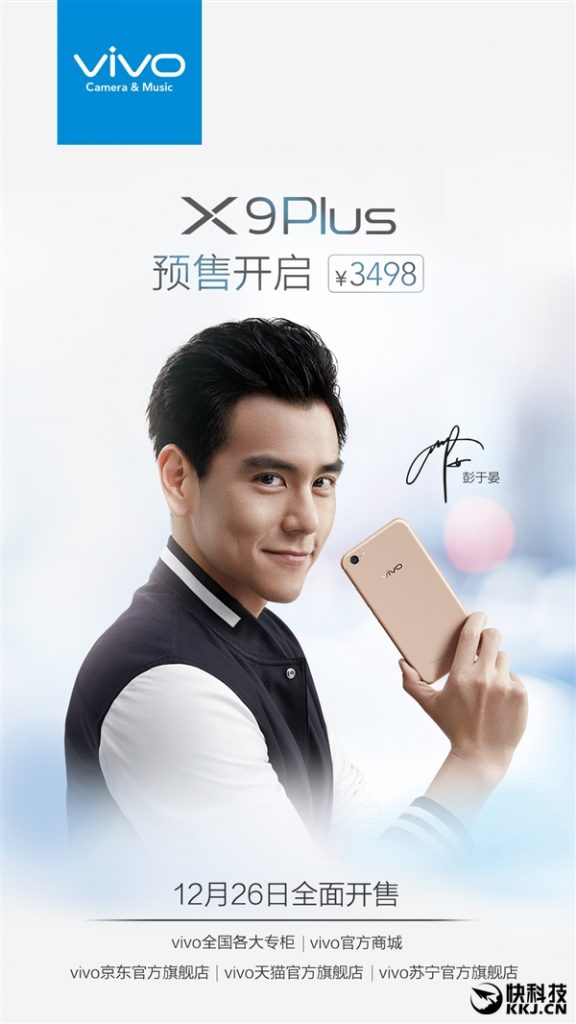 The Vivo X9 Plus comes with an aluminum body and features a 5.88-inch full HD Super AMOLED screen with a pixel density of 374 PPI. Under the hood is a Snapdragon 653 octa-core processor coupled with Adreno 510 GPU and 6GB RAM. The phone offers 64GB of internal storage and runs on Funtouch 3.0 UI based on Android 6.0 Marshmallow.

The Vivo X9 Plus features a 16MP rear camera with PDAF, f/2.0 aperture, and LED flash. But its real highlight is the highly advertised 20MP+8MP dual camera setup on the front. The 20MP unit is a Sony IMX376 sensor with f/2.0 aperture. The device also gets dual SIM slots with 4G VoLTE support. There’s a fingerprint sensor as well, and the phone is juiced by a large 4,000mAh battery.

USD 503 for the Vivo X9 Plus may sound like too much for the phone, but that’s its official price tag now. We don’t know when the phone will come out in the international market, but we’ll certainly keep you updated about that.