Vivo X7 and Vivo X7 Plus are officially going to be released in China on 30th June. The company has already revealed some of its specs. The phone is going to be powered by Snapdragon 652 processor and will come with 4GB RAM. Stuffed with 64GB internal storage and a 16MP front camera, the device will also get a fingerprint sensor embedded on the front home button. 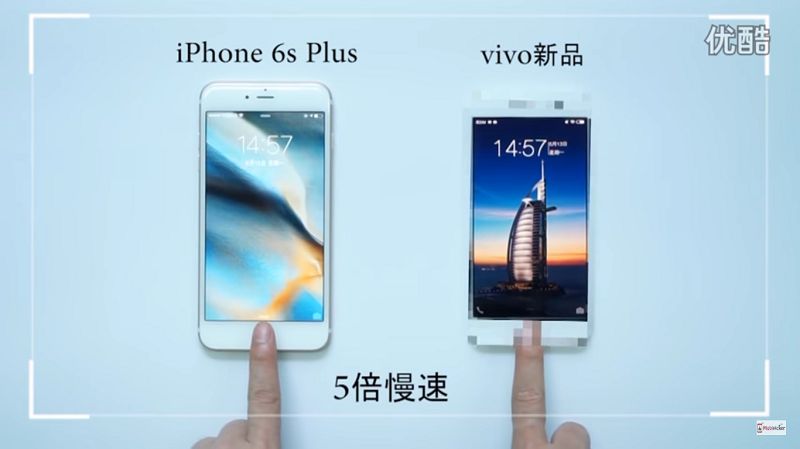 Today, a new video has been leaked on the internet that shows the Vivo X7 being tested alongside the iPhone 6s Plus and the Samsung Galaxy S7 Edge. Two tests have been performed on camera. The first test is the fingerprint recognition speed, while the second test is to measure the app launching speeds. And guess what? The Vivo X7 easily beat the iPhone 6s and Galaxy S7 Edge.

Yes, it may be surprising, but the fingerprint sensor of the Vivo X7 acted faster and the phone launched apps faster. You can check out the test in the video below. Other rumored specs of the phone include a 3000mAh battery and a 5.2-inch Full HD screen. All the details will be revealed on 30th June at the official launch.