Vivo has managed to keep the excitement around its next flagship hot by releasing mysterious but exciting teasers every few days. Thanks to yesterday’s leak, we found out on TENAA that the Vivo X6 Plus would be getting two variants. However, the company has released another teaser image on Weibo, and this one hints at the possibility of more than one Vivo X6 variant. 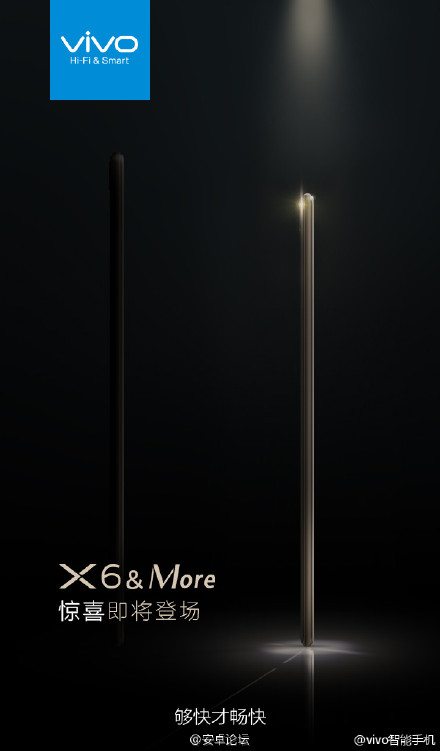 As can be noticed from the image above, the words “X6 & More” have been emphasised upon. Also, there’s a slim silver phone in the image along with a black colored phone that appears to be a bit taller than the silver one. This could mean that the company might release two variants of the Vivo X6 and that they might carry different display sizes. It is also possible that the teaser is talking about the Vivo X6 and X6 Plus. Nothing more can be derived from the image, as rest of the characters are in Chinese.

An educational guess says that there will be two variants each for the X6 and the X6 Plus. However, this guess might as well turn out to be wrong. The speculated launch date for the new Vivo flagship is said to be November 30th, and we’re sure a lot of eyes are already fixed on the date.