Vivo is increasing the excitement about its upcoming Vivo X6 smartphone by leaking little bits of details every now and then. The phone is going to be launched on 30th November and is supposed to carry some might specs. Thankfully though, the phone has just passed through AnTuTu, and the results are very surprising.

The Vivo X6 was supposed to get MediaTek’s Helio X20 SoC. However, the AnTuTu benchmark test reveals the MediaTek MT6752 chipset inside the phone. What this means is that the phone may not get a deca-core processor. There’s a true octa-core CPU inside the MT6752, which gets eight Cortex-A53 cores. There’s a Mali-T760 GPU for graphics purposes. 4GB RAM and 32GB internal storage is confirmed. The phone boasts of a 5.2-inch 1080 x 1920 screen, and there’s a 13MP camera on the rear. 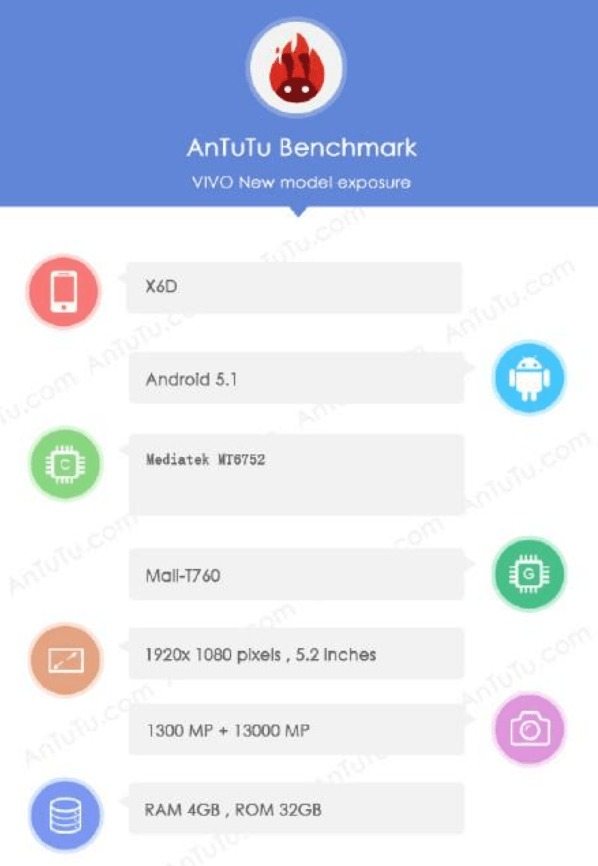 According to the benchmark test, the phone is called the Vivo X6D. This could mean that the X6 might get a variant too. The Vivo X6 has also been certified by CCC. For those who care about numbers, the test result gives 46,585 to the X6, which is really disappointing from what we had expected. 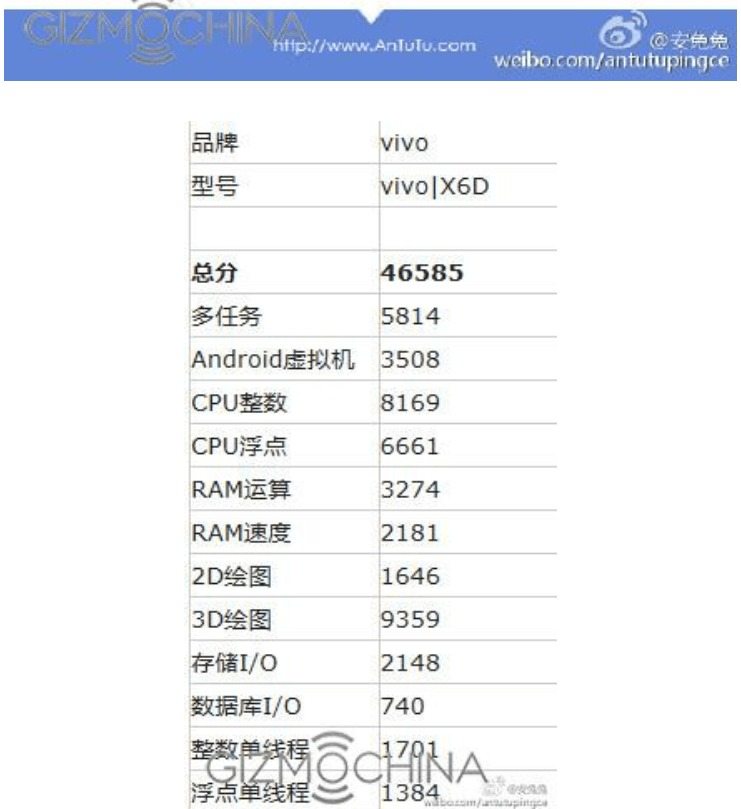 However, benchmark tests cannot be tested completely, which is why we have to wait until the phone is unveiled and is officially tested. Two weeks to go!