MobiPicker
News Vivo X6 and X6 Plus Launched, Get 4GB RAM, 13MP/8MP Cameras
Share on Facebook
Tweet on Twitter
Deal Alert: 49% Off on ExpressVPN
Touted as #1 VPN in the world, ExpressVPN is now offering 49% off & an additional 3-months of service on its annual plans.

After a lot of rumors and leaks, Vivo has finally launched its latest flagship smartphones, the Vivo X6 and Vivo X6 Plus in China today. And going by the specs, the phones do not fail to impress.

The Vivo X6 flaunts a full metal body and features 5.2-inch Full HD Super AMOLED screen with 2.5D curved glass and 424ppi of pixel density. Powering the phone is a 1.7GHz MediaTek MT6752 octa-core processor coupled with a Mali-T760 GPU and 4GB of RAM. The phone gets a 13MP camera at the rear with PDAF, f/2.2 aperture, LED flash, and PDAF sensor. An 8MP fixed focus camera at the front makes for great selfies.

The Vivo X6 supports dual-SIM and runs Android 5.1 out-of-the-box with FunTouch OS on top of it. The phone get 32GB of onboard storage, and the second SIM slot can be used as a microSD card slot to expand the storage up to 128GB. Connectivity options include 4G LTE, Bluetooth 4.0, Wi-Fi, GPS, USB OTG, USB 2.0, and FM Radio. A 2,400mAh battery keeps the phone running. Safer and faster charging is provided in the phone by Nine Vivo Charging Protection System and Twin Engine Flash Charge technology, respectively. 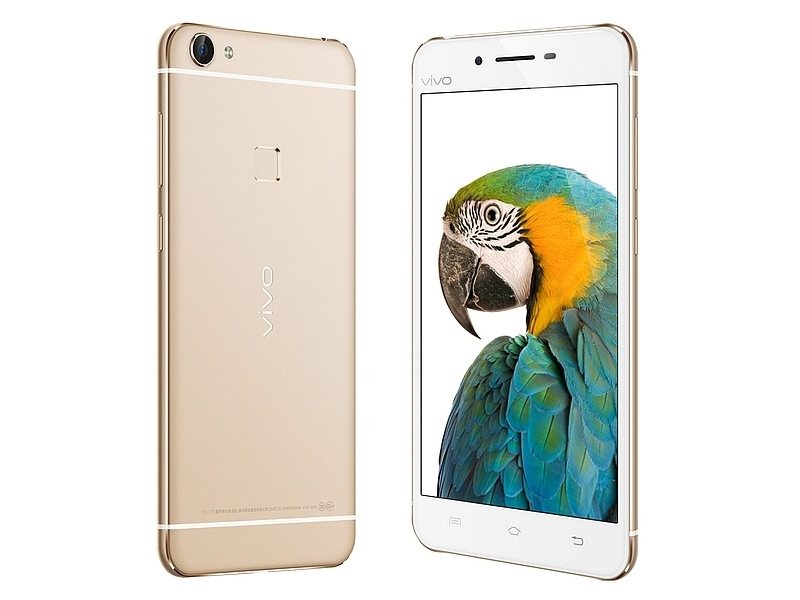 Talking about the Vivo X6 Plus, the phone gets a bigger 5.7-inch Full HD Super AMOLED screen with 2.5D curved glass and 389ppi of pixel density. The X6 Plus is similar to the X6 in all aspects except a few. For instance, the Vivo X6 Plus gets 64GB of onboard storage, a larger 3,000mAh battery, a Yamaha Hi-Fi chip, and also a dedicated amp for better sound output.

The Vivo X6 and Vivo X6 Plus both get fingerprint sensors at the back. The sensors can be used as camera shutter buttons too for clicking selfies. Both the phones get bodies made from anodized aluminium-magnesium alloy using different high-grade techniques.