MobiPicker
News Vivo X5 Pro with 5.5″ display, 13MP camera will be announced on...
Share on Facebook
Tweet on Twitter
Deal Alert: 49% Off on ExpressVPN
Touted as #1 VPN in the world, ExpressVPN is now offering 49% off & an additional 3-months of service on its annual plans.

There was a lot of rumor in the online community that Vivo will announce something yesterday, but it only turned out to be official launch date. The company has confirmed that the Vivo X5 Pro will be launched on May 13 at 8 PM Beijing time in a special event.

The  said event will reveal many things which were kept secret under. Till now we only know that it will be coming with innovative eye recognition technology which will provide secure app lock and unlock. With 2.5D glass on the top of 5.5-inch 1080p display, it will be powered by massive 4,120mAh battery. 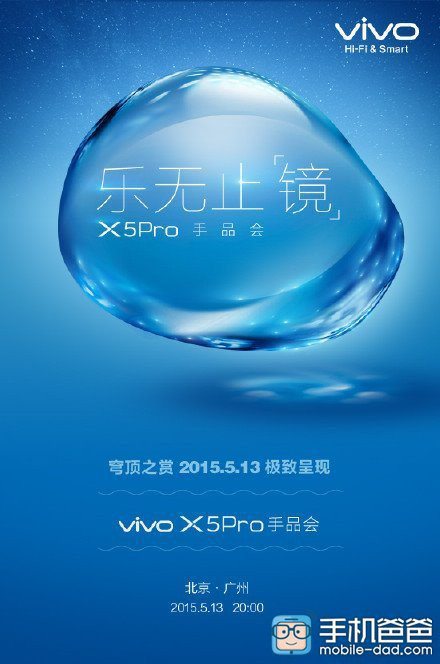 The Vivo X5 Pro will  host the Android 5.0 Lollipop out of the box. Stay tuned for regular updates.