MobiPicker
News Vivo V1 and V1 Max Announced for Indian Market
Share on Facebook
Tweet on Twitter
Deal Alert: 49% Off on ExpressVPN
Touted as #1 VPN in the world, ExpressVPN is now offering 49% off & an additional 3-months of service on its annual plans.

The Chinese company Vivo has uncovered two of its mid-ranger smartphones for Indian market, dubbed Vivo V1 and the V1 Max. Although both the handsets share similar design, the V1 Max is the larger variant of V1. But how much large is still a question, as the company has unveiled the specs sheet of V1 only.

The Vivo V1 features a 13 megapixel primary snapper with LED flash, and a 5 megapixel wide-angled front camera with f/2.0 aperture. Equipped with a 5-inch 720p display, it is powered by a 64-bit Snapdragon 410 chipset, throbbing at 1.2GHz quad-core processor, coupled with 2GB of RAM and Adreno 306 graphics processor. 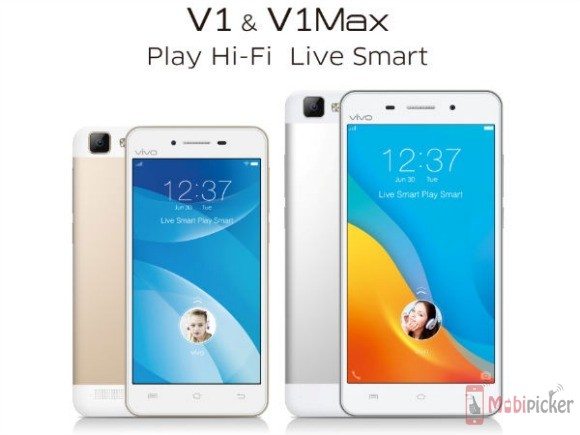 Running Android 5.0 Lollipop with FunTouch OS on top, the Vivo V1 and V1 Max should carry a price tag in the range of Rs. 15,000 to Rs. 20,000. Both the handsets will be made available for purchase latest by the end of July.

Keep hooked onto MobiPicker and get all the latest smartphone news directly from Smartphone World.