MobiPicker
News Videocon Z55 Delite, Z45 Dazzle and Z45 Amaze Launched in India
Share on Facebook
Tweet on Twitter
Deal Alert: 49% Off on ExpressVPN
Touted as #1 VPN in the world, ExpressVPN is now offering 49% off & an additional 3-months of service on its annual plans.

The Z55 Delite offers a premium and sleek look with nicely finished curves and edges. Priced at INR 6,999, it is powered by an octa-core processor clocked at 1.4GHz, along with 1 GB of RAM and 8GB of internal storage expandable up to 32 GB. The Z55 Delite also comes with an 8MP Auto Focus rear camera and a 5MP front-facing camera. It sports a 5-inch HD IPS LCD display with 1280×720 pixels screen resolution. A 2,200mAh battery keeps the phone running. 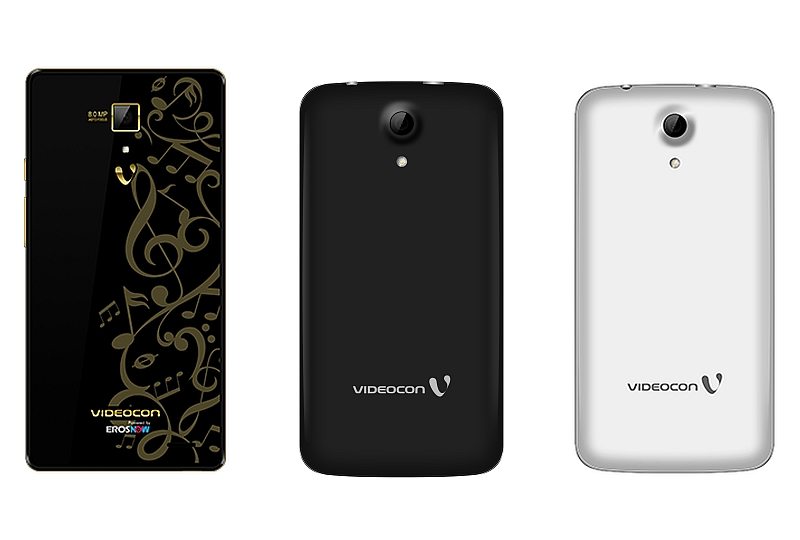 On the other hand, the Videocon Z45 Dazzle comes with a quad-core 1.2GHz processor. Sporting a 4.5-inch IPS screen with FWVGA resolution, it also has 1GB of RAM, and 8GB of expandable storage (up to 32GB). Packing a 5MP Auto Focus rear camera, and a 2MP front shooter, it gets power from a 1,600mAh battery. The phone costs INR 4,899.

Following closely the Z45 Amaze is priced at INR 4,599 and has the same specifications as the Z45 Dazzle except the camera resolution which is 2MP for the rear one and a normal VGA camera on the front.

“By manufacturing the handsets locally, Videocon Mobile Phones endeavours to offer affordability and stylishness to consumers,” said company’s CEO Jerold Pereira in a media statement today regarding the launch.

Looking at the price point, the handsets will offer competition to their likes in respective price segments. The only minus point of the three handsets is the potentially outdated Android OS v4.2.2 Kit-Kat which comes pre-installed on them with no upgrade confirmations.

The Z55 Delite is already available on Flipkart and eBay with the other two handsets to follow shortly.