MobiPicker
News Videocon Infinium Z51 Punch Launched in India at Rs. 6,499
Share on Facebook
Tweet on Twitter
Deal Alert: 49% Off on ExpressVPN
Touted as #1 VPN in the world, ExpressVPN is now offering 49% off & an additional 3-months of service on its annual plans.

The electronics giant Videocon launched a new entry-level with satisfactory specs, and beautiful design.  Dubbed Videocon Infinium Z51 Punch, the phone is priced at Rs. 6,499 and comes in Black, and White colour options. 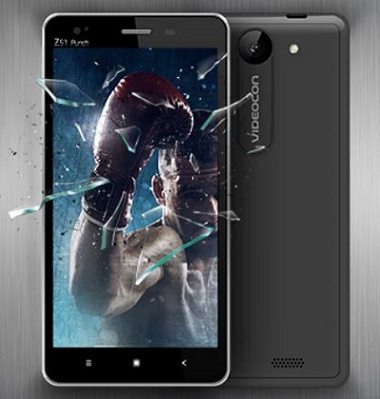 Specs-wise, the Videocon Infinium Z51 Punch sports a 5-inch display with meagre 480 x 854 pixels of resolution. The phone is powered by a 1.2GHz quad-core processor, couple with 1GB of RAM and 8GB of expandable storage.  A 3,000mAh battery keeps the engine humming.

The Videocon Infinium Z51 Punch runs Android 4.4.2 KitKat operating system, and doesn’t appear to get any further updates. There is an 8 megapixel primary snapper with LED flash, and a 5 megapixel selfie shooter. As far as connectivity is concerned, it includes 3G, Bluetooth, Wi-Fi 802.11 b/g/n, Wi-Fi Hotspot, GPS with A-GPS, microUSB v2.0, and GPRS/EDGE.