It goes without saying that AMD succeeded meeting its objective of wooing experts and users alike with the performance, affordability, and power efficiency of its new Ryzen CPU lineup.

If disrupting Intel’s almost a decade-long domination over the desktop CPU market was on its agenda, even that objective has already been met with considerable success. However, a week after the commercial availability of Ryzen began, we are coming across even more (previously unknown) impressive feat about the new CPU family. 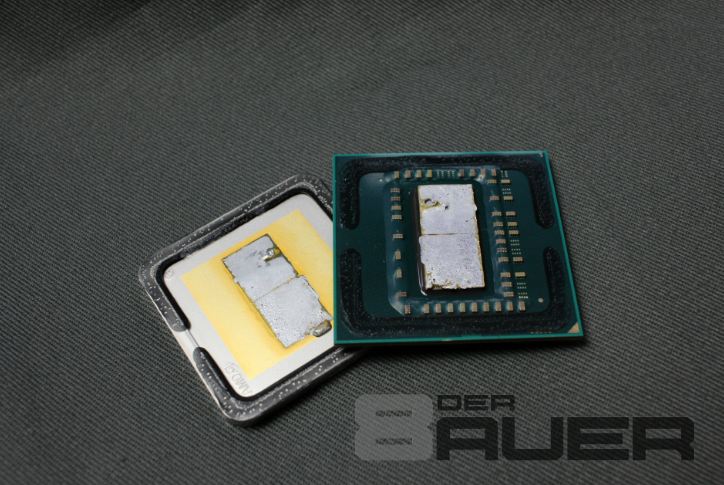 We have already extensively covered the performance of all the available Ryzen chips. Today, in a slight detour from that trend, we are going to have a quick look at their build quality — courtesy, overclocker de8auer.

Apparently, der8auer removed the integrated heat spreader, typically referred to as the IHS, in order to figure more about AMD’s approach with the new-generation chips. Known as delidding, this is a commonly used practice among overclockers. The goal here is to do away with the lid temporarily so as to expose the chip inside.

Needless to say, the procedures to pull off a neatly executed delidding mission are actually pretty complicated. It took de8auer three attempts before getting there. Yes, you read it right, folks! This is a serious and genuinely risky endeavor and we clearly do not recommend that you try anything of that sort at home. Also, there’s almost negligible benefit of doing it on a soldered CPU.

Nonetheless, dre8auer performed a thermal comparison of the chip before and after the delidding (watch the video below).

The result was only a hardly noticeable difference of 2 degree Celsius. Note that that’s the difference you will get if you compare it with direct die cooling using a TIM of liquid metal. Also, worth mentioning that because it is very risky to keep die exposed, the majority of people out there who delid their chips generally tend to replace the thermal compound with something much more practical and put the IHS back.