It was earlier reported that OUKITEL is holding global sales for their OUKITEL MIX 2. While it is indeed a fantastic device, there are chances you might have a few doubts before going ahead with the phone. The company has released the OUKITEL MIX 2 hands-on video that shows its design and performance for you to see before buying one. The video also compares it to the Mi MIX 2, which it directly competes with. 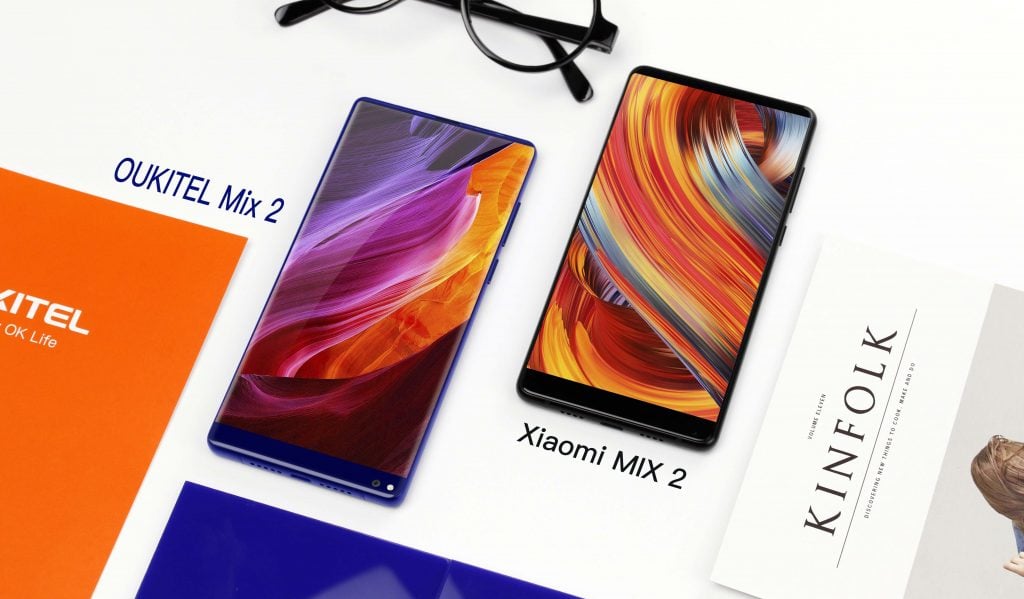 To start with, the video will guide you through the design of the OUKITEL MIX 2. Its glass sandwich design is something that the flagships sport and OUKITEL is making it available on a much cheaper phone. While the overall build is superior, you can find the display on the front stealing all the limelight. The phone virtually has just one bezel at the bottom which wouldn’t bother anyone.

The software is the other aspect that the video tries to cover. You can have a look at the kind of experience that you will be having with the OUKITEL MIX 2. As you can see in the video, the phone is extremely fluid to work with there wasn’t one occurrence where it slowed down. It is also compared with the Mi MIX 2 side by side to give a better idea how the two devices fare against each other.

With the dual camera setup onboard, the OUKITEL MIX 2 is much more capable of playing with the images than the Mi MIX 2 that is limited by hardware. A number of sensors have also been demonstrated that work more or less the same way on both the phones. The video ends with the side by side specifications comparison of the two phones, where the OUKITEL MIX 2 can be seen providing a much higher value for your money with all its features.

To sweeten up the deal OUKITEL is running a special sale where you can get the phone at an even cheaper rate. Against the original price of $269.99, you can get the OUKITEL MIX 2 for $229.99 using the coupon code “OukMIX2”. This coupon is valid only until December 4th.