Mass Effect: Andromeda is the most anticipated Action-RPG game that’s scheduled to release on 21st March 2017. The look of the game and all the chatter about it makes it one of the most hyped titles in the history of BioWare. Based on the advertisements and all the publicizing material, Mass Effect: Andromeda seems a very well balanced game with respect to its gameplay and next-gen graphics. The curious nature of us gamers always keeps on looking for ways in which we can have the maximum output of the games. So, to tame that inner High-Definition hungry beast, TweakTown tried playing the game with 4K graphics. For this purpose, they ran the game on Nvidia GeForce GTX 1080 Ti. How was the experience, let’s have a look at the details below.

If you’re registered on EA as an Origin Access Member on PC or Xbox One, you can get access to a 10 hour free trial of the game. We took this opportunity and tried the game on various graphics cards. The best results that we got so far were on the Nvidia Geforce GTH 1080 Ti.

For a better look at all the fantastic experience of mass Effect: Andromeda, have a look at the following video by TweakTown.

The hardware used by them is listed below.

Hopefully this detailed review lets you have a look at the performance of Mass Effect: Andromeda performance on 4K. The Card used is one of the best compared to a lot of others with similar specifications. If you’ve tried the game in 10-Hour trial version or you plan to check it out with different graphics cards, do let us know about your experiences via the comments. We’ll be happy to know about that. 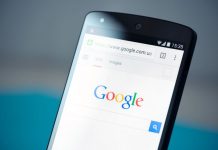