For the first time since the landmark success of ESA’s Huygens probe 12 years ago, NASA has released footage of the probe’s landing on Saturn’s moon Titan.

Huygens piggybacked on NASA’s Cassini spacecraft all the way to the outer reaches of our Solar System before beginning its two-and-a-half hour descent onto the largest moon of the gas giant. This was the most distant landing ever by a man-made object and by far, the only landing on an outer solar system body. 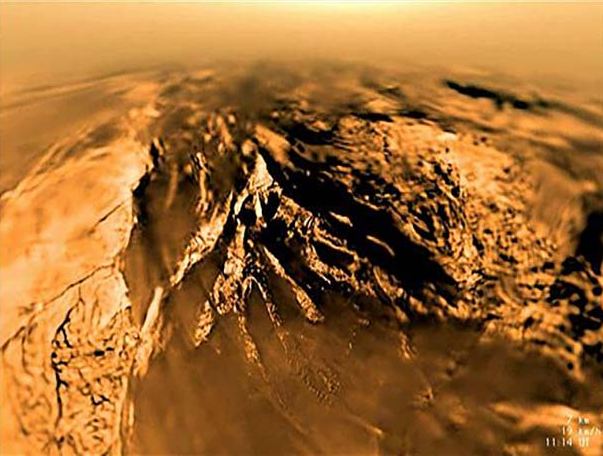 Huygens touched down the surface of Titan on January 14, 2005, three weeks after separating from Cassini, the mothership. The worldwide astronomical community was univocal to praise the mission’s success as a major breakthrough in our exploration of the outer system.

“The Huygens descent and landing represented a major breakthrough in our exploration of Titan as well as the first soft landing on an outer-planet moon,” Cassini project scientist Linda Spilker, of NASA’s Jet Propulsion Laboratory in Pasadena, California, said in a statement. “It completely changed our understanding of this haze-covered ocean world.”

During its descent, the probe analyzed Titan’s atmospheric composition, as well as the speed and nature of the winds on the distant world that many believe has the potential to harbor life — at least on theory.

“The Huygens images were everything our images from orbit were not,” Carolyn Porco, Cassini imaging team lead at the Space Science Institute in Boulder, Colorado, said in a statement.

“Instead of hazy, sinuous features that we could only guess were streams and drainage channels, here was incontrovertible evidence [that] at some point in Titan’s history — and perhaps even now — there were flowing liquid hydrocarbons on the surface,” Porco added.

“Huygens’ images became a Rosetta Stone for helping us interpret our subsequent findings on Titan.”