MobiPicker
Mobiles Android Bluboo Dual vs Oukitel U20 Plus: Find Out Who Emerges Victorious...
Share on Facebook
Tweet on Twitter
Deal Alert: 49% Off on ExpressVPN
Touted as #1 VPN in the world, ExpressVPN is now offering 49% off & an additional 3-months of service on its annual plans.

As you know, one of the most fierce competitions in the mid-range sect of the global smartphone arena is between the Bluboo Dual and Oukitel U20 Plus. You may have come across multiple comparative analysis of this really intense standoff before, but now we have a video that will hopefully make the outcome a lot clearer.

But before we delve into this BLUBOO Dual vs Oukitel U20 Plus video, we would quickly want to skim through the key specs and features in both devices quickly. Simply put, the Dual and U20 Plus sport almost identical specs. Under the hood in both the handsets, you will find a 5.5-inch SHARP display with FullHD resolution, the Media Tek 6737T processor, 2 GB RAM and 16 GB of expandable ROM. Other key specs include a 13 Mpix primary rear camera with Sony IMX135 sensor 8 Mpix front camera, rear fingerprint scanner and Android 6.0 Marshmallow. 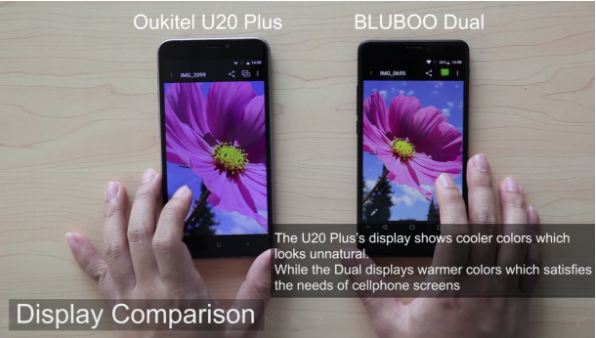 As for the looks, you can see this in the video that the back cover of the Dual is made of an aviation-grade aluminum alloy that ensures a matte metal texture while the U20 Plus’ poly-carbonated material delivers a shiny luster. While aesthetics is definitely a matter of individual preference, we bet that most of you would find the Dual more charming in terms of looks. In terms of form factor, the Dual feels less bulky and lighter too.

Another key area to focus on is the dual camera performance. Both devices come equipped with a dual camera setup with a 13MP main camera. The difference, however, becomes evident when you compare the 2MP secondary camera (for depth perception) on the Dual with the 0.3MP on Oukitel U20 Plus. 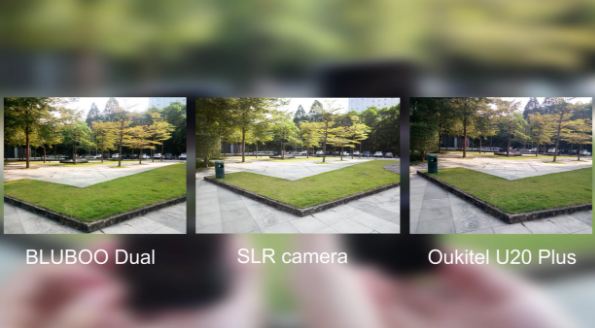 Watch the video below for more insight into the one-on-one comparison between both the handsets.

Meanwhile, on a related note, Bluboo’s new year sale will continue till December 31, 2016. To celebrate the festive season, the Chinese firm is making available a number of different devices and models at heavily discounted price. For example, the Bluboo Dual is currently available for only 99.99, while the higher-end Bluboo Edge and Bluboo Maya Max will set back buyers 109.99 and $129.99 respectively. You can check out the Bluboo’s official new year sales page and AliExpress store.