AMD has unearthed some more details about its much-awaited lineup of Vega enthusiast-class graphics cards, scheduled to launch in another couple of months. 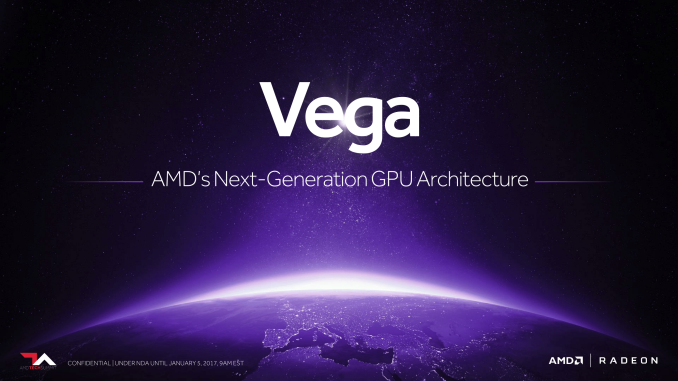 Earlier this month, the company held a tech summit in China where a slew of new information concerning Vega, some of which are still surfacing today. While rumors and speculative reports were trickling in ever since the event, we finally have had the chance to have a look at the actual video footage of the event – -courtesy, the folks over at VideoCardz (scroll down for the video).

The first important piece of info you should know comes from AMD vice president and general manager of gaming, Scott Herkelman, where he states that the company’s AIB partners will be given a free run to pick the configuration of Vega graphics card with different memory capabilities. He illustrated it by citing the example of the 4GB and 8GB memory options that can be implemented using HBM stacks with varying densities. For some perspective, think 2-Hi, 4-Hi, and 8-Hi stacks with 1GB memory each layer.

It was already known that AMD’s top-of-the-shelf Vega chip is measured at approximately 500mm² and they come with two HBM2 stacks. That essentially implies that based on the HBM2 stack type, it is possible to configure the chip with 4GB 8GB, or 16GB of High Bandwidth Memory. The name of this particular chip remains a mystery as of now, but we reckon it could be the Vega 10.

Vega 11, which is smaller between the two, is expected to come with a single HBM stack in order to minimize the interposer footprint, as reported by WCCFtech Needless to say, that would be beneficial on multiple fronts. For example, not only are smaller interposers are much more affordable to produce, they also yield much better and a smaller overall package makes a better choice for mobile GPUs.

Meanwhile, Herkelman also confirmed that AMD will be making available Vega for Notebooks as well. He expectedly refrained from disclosing important details. But then, it is already known that raven Ridge APUs which come with Vega-powered integrated graphics are likely to be available for Notebooks too.

As for the Vega release date, the AMD boss just stated that the it “is only around the corner,” with the promise that more details will be shared as the big day inches in.