Valkyria: Azure Revolution will see a development shift to make it more of a strategy RPG, thanks to the feedback gleaned from the game’s demo, Siliconera reports. This comes as a reaction to criticisms from fans that the game is not strategic enough, and more on the action side. The game’s director, Takeshi Ozawa also talked more about the changes and what led to them. 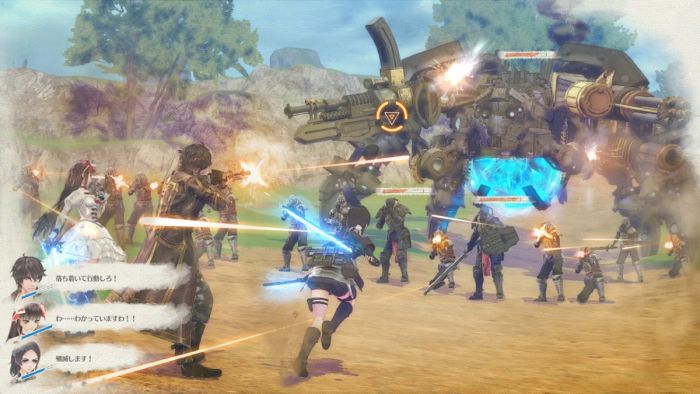 According to Ozawa, the Battle Demo 1.0 got 3 times the player feedback the developers had expected and needless to say, a lot of it was harshly negative feedback. The feedback from the demo version inspired the team to overhaul the battle system, making it more RPG-like. Furthermore, a new action gauge has been added for both allies and enemies, which should help with strategy. Much like Final Fantasy games’ ATB gauge, characters will perform actions when the gauge fills up.

Players can also stop time while using weapons and abilities, which further strengthens the parallel to Final Fantasy. Ozawa has also added that they’re looking for ways to let players customise allies’ AI, as well as an option to issue direct commands. One significant change is that the party size for the game has been upped from three to four members and field encounters have been removed.

Valkyria: Azure Revolution is slated to release in Winter 2016 in Japan, exclusively on the PlayStation 4. No Western release has been announced for the game so far. A new demo for the game is scheduled to arrive at some point in summer this year.