Despite Motorola‘s Moto G lineup phones offering low-end specifications, what makes the smartphone astonishingly appealing is its price tag, which along with its features makes it a value for money device. If you are thinking about hands-on the Moto G (2015) that was unveiled last month, you are in luck. 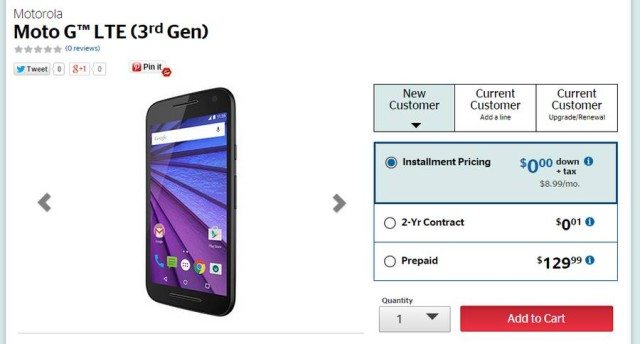 US Cellular has just confirmed that they’re now selling the Moto G (2015) smartphone. Customers who are interested can pick to sign a fresh 2-year contract with the service provider and pay only $0.01 upfront for the handset. Instead if you don’t want to be tied into a contract, it is possible to choose to buy the mobile outright for $129.99 which is truly quite affordable. Even then if this sum is too much for you to pay at once, US Cellular has an easy EMI option to pay $8.99 a month over the course of the next twenty months.

Equipped with a Full HD 5-inch display, the Moto G (2015) a.k.a. Moto G (3rd Gen) is powered by a quad-core Snapdragon 410 chipset, clocked at 1.4GHz. The handset comes in two storage options – 1GB of RAM along with 8GB internal storage, and 2GB of RAM with 16GB of storage. The US cellular is offering lower space variant. 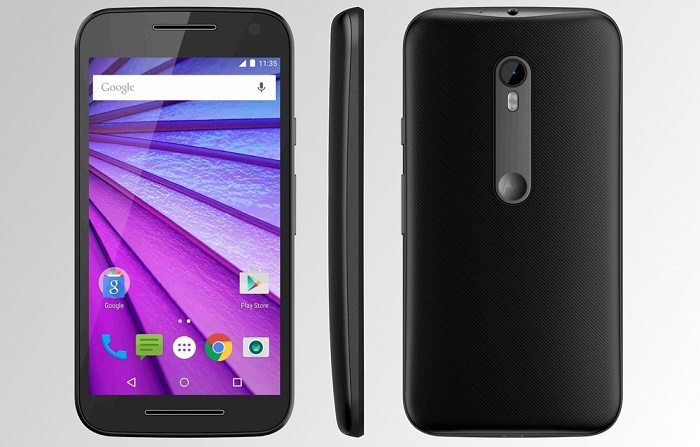 On the software front, the phone comes with latest Android 5.1.1 Lollipop. There is a 13MP primary camera, along with a 5MP selfie unit. Powering by a 2,470mAh battery, the Moto G (2015) comes with IPX7 certification that means it can survive under 1m water up to 30 minutes.