MobiPicker
News Windows 10 upgrade to All Lumia Phones
Share on Facebook
Tweet on Twitter
Deal Alert: 49% Off on ExpressVPN
Touted as #1 VPN in the world, ExpressVPN is now offering 49% off & an additional 3-months of service on its annual plans. 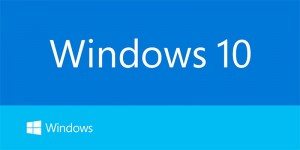 We have got an excellent news for all Nokia Lumia users. Microsoft announced via its Twitter account that they are going to upgrade all Lumia devices Windows 8 to Windows 10.

WP 10 is under development and might come next year anytime. It is quite interesting that Microsoft is going to upgrade even older Lumia devices with less RAM. Satya Nadella, Microsoft’s CEO, said that we want to streamline the next version of Windows from three operating systems into one single converged operating system for screens of all sizes.

Earlier, Microsoft skipped many devices, while switching to Windows 8, and it left with negative impression. It seems, Microsoft has learnt from that mistakes and now want to gift windows 10 platform to every Lumia user those are using WP 8.

If you own a Nokia Lumia device, may celebrate and tell us, How excited you are?