Some days ago it was reported from inside leaks that a new version of Windows 10 is getting internally tested and might soon be ready. Now with some of the latest leaked images lets analyze what is in store for the users.

What we have come to know that this is the Enterprise version of Windows 10 build no. 10135. As we can see in the image the new build does not support any major change. 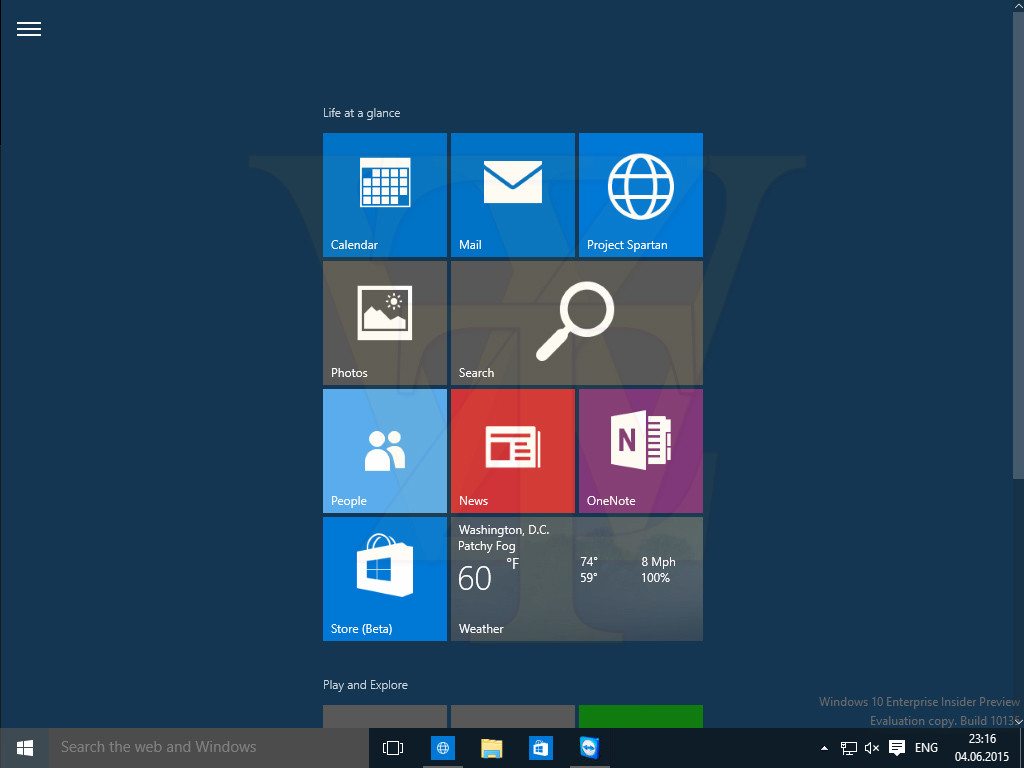 The engineers at Microsoft Headquarters are pouring their skills and energies in fixing errors and streamlining the operating system. This is in tune with the major goal for a major summer launch so if we are expecting any new features then that is a big deal. If we are to talk about the change logs then we can believe that there are lot of bug fixes and improvements in Edge, the upgrades to Windows 10 OS process for the legacy phones and issues related to windows explorer will be rectified.

Edge is still code named Spartan – and version will be 16 instead of 15 which is currently publicly available. The Maps app will be upgrades although it will be a more of a cosmetic uplift rather than a technical upgrade. The icons looks more sophisticated, meaningful, colorful and appropriate. The Snippet tool which is less known feature of Windows but surprisingly useful, is getting an update and now features a timer. The Calculator app remains the same as usual.

A Windows 10 Mobile Build 10134 has also surfaced online. Have a look at all the images.