Epic Games co-founder, Tim Sweeney seems pretty miffed with Microsoft’s Universal Windows Platform (UWP) initiative. In his editorial on “The Guardian”, he called it “a fiasco and the most aggressive move Microsoft has ever made”.

Tim Sweeney said “With its new Universal Windows Platform (UWP) initiative, Microsoft has built a closed platform-within-a-platform into Windows 10, as the first apparent step towards locking down the consumer PC ecosystem, Microsoft has launched new PC Windows features exclusively in UWP and is effectively telling developers you can use these Windows features only if you submit to the control of our locked-down UWP ecosystem.”. He further added, “PC UWP can, should, must, and will die as a result of industry backlash.” 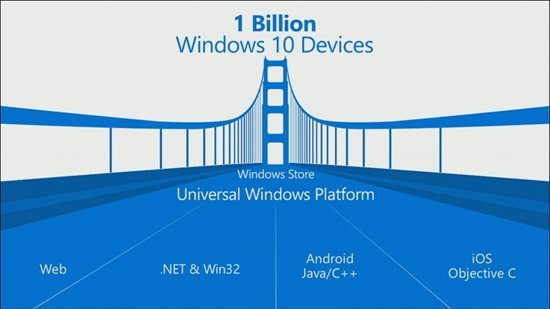 UWP (Universal Windows Platform) was launched with Windows 10 allowing developers to create applications targeted for various devices at once, including PCs, tablets, mobiles and even Internet of Things devices. And to make use of UWP, developers must sell their apps through Windows Store which gets Microsoft a 30% cut.

However, Sweeney wasn’t critical about Windows Store, he said “I believe Microsoft has every right to operate a PC app store and to curate it how they choose,” but cited unfair disadvantage to competing stores like Steam and Origin, as well as those who sell games directly to customers.

“The specific problem here is that Microsoft’s shiny new ‘Universal Windows Platform’ is locked down, and by default it’s impossible to download UWP apps from the websites of publishers and developers, to install them, update them, and conduct commerce in them outside of the Windows Store,” said Sweeney. “It’s true that if you dig far enough into Microsoft’s settings-burying UI, you can find a way to install these apps by enabling ‘side-loading.’ But in turning this off by default, Microsoft is unfairly disadvantaging the competition.”

Windows store is a locked-in system but as Tweeney himself noted one can sideload apps, there seems to be no reason of coming this hard on Microsoft initiative. In fact he went on to compare UWP to Google’s Android OS saying it’s “technically open, but practically closed” thanks to how “comically difficult” it is for general users to sideload apps.

One main thing he mentioned in the editorial was what if Microsoft didn’t add features to Win32 API but UWP only. This would make it difficult for developers to not use UWP in the future, even if they’re able to right now. Sweeney claims this has already happened with certain Windows features.

In the end. Sweeney asks “Does Microsoft really think that independent PC developers and publishers, who cherish their freedom and their direct customer relationships, are going to sign up for this current UWP fiasco?”

There’s an Irony in this too. One of the few games available on the Windows Store is Epic’s Gears of War: Ultimate Edition. So it’s hard to understand the stance of Sweeney and the position of Microsoft to say.