MobiPicker
News Unannounced LG Escape 2 with Android L spotted on AT&T website
Share on Facebook
Tweet on Twitter
Deal Alert: 49% Off on ExpressVPN
Touted as #1 VPN in the world, ExpressVPN is now offering 49% off & an additional 3-months of service on its annual plans. 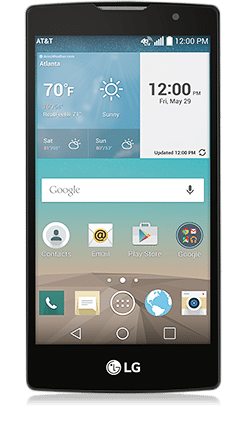 The LG Escape 2 is powered by a Snapdragon 410 chipset with quad-core 1.2GHz processor, and Adreno 306 GPU. Other features include 4G LTE support, Bluetooth 4.0, NFC, Mobile Hotspot, microUSB 2.0, and Wi-Fi a/b/g/n.

The KonckOn on Escape 2 allow to wake up and sleep the device with a double tap as well as unique tapping pattern to unlock or lock the handset. Another popular feature QSlide multi-tasking gives you smooth experience to work on two apps at a time.

The pricing and availability details are not known yet.