Chinese smartphone manufacturer UMi Digi has all of its hopes pinned on its latest flagship phone UMi Touch. The device is scheduled to go on sale on Feb 18 and UMi claims that it would be the first user defined smartphone. 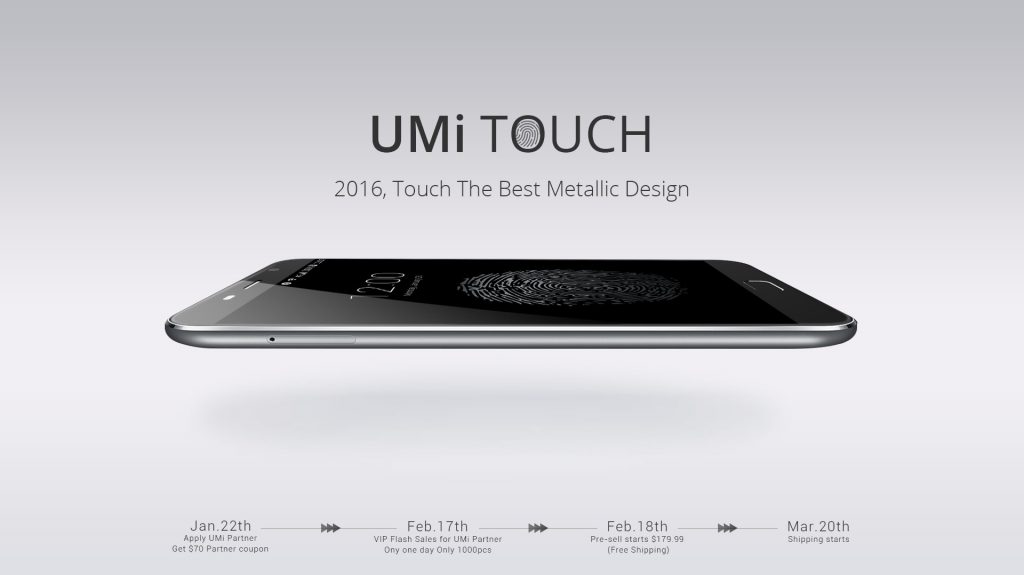 Android 6.0 Marshmallow has brought some improvements in the permission controls and has made Android more refined and polished with the help of more initiative controls. But the improvements and changes can’t be termed revolutionary.

The UMi Touch will go on pre-sale on Feb 18th at a discount of $70 which effectively brings down the price of the device to $109.99. The device will be sold through the official UMi website.

Stay tuned for more news and updates and do leave your comments in the box below.