When talking about entry-level phones, one thing is common in all of the “starter” Android phones- compromise. As is evident from most of the cheap smartphones, manufacturers need to compromise a lot on the quality of the phone and the amount of features that they can fill into the device. And when it comes to camera, entry-level phones just annoy users due to their low-quality images. 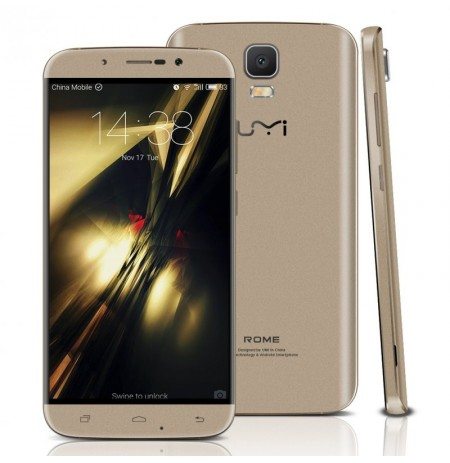 However, UMI is all set to change that thing once and for all. You might have heard the smartphone makers using Sony sensors in their smartphones. Well, the UMI Rome X comes with an 8MP Sony IMX179 sensor, which is said to be one of the best 8MP sensors in the world of smartphones. The same sensor has been used on popular devices like the Nubia 9 Mini, Oppo R1, Google Nexus 5, Huawei Honor 6 Plus, etc. Though all of them are priced much higher than the UMI Rome X.

Apart from the great rear camera, the Rome X comes with a full metal body and flaunts a 5.5-inch HD LTPS screen with 2.5D curved glass on top. It is powered by a 1.3GHz quad-core MTK6580 processor and runs Android 5.1 out-of-the-box. There’s 1GB of RAM and 8GB of onboard storage in the phone. A 2,500mAh battery keeps the lights on. 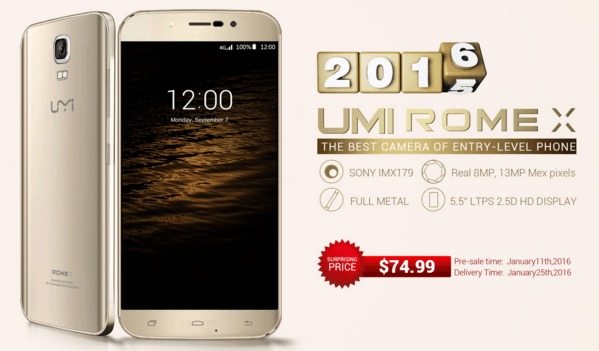 And now about the price. The UMI Rome X, with a great 8MP camera on its back, costs just $74.99! This price tag makes this phone the best option in the sub-$100 segment. The phone will go on pre-order on 11th January and will be shipped after 25th January. Any takers?