There are number of Chinese smartphone brands, which have released the several smartphones under $100. UMi is one of them, which recently came to the light due to its latest smartphone, the UMi Iron Pro. The USP of this smartphone is the three layer security namely iris scanner, fingerprint scanner, and the voice unlock technology. The company has now released a new smartphone with quite impressive specs, at just $89 (approx. Rs. 5,900).

In terms of specifications, the UMi Rome features a 5.5-inch display with 720 x 1280 pixels of resolution. There is a 13-megapixel back camera with dual-LED flash, and a 2-megapixel front facing camera for selfies. It packs 3GB of RAM along with 16GB onboard storage, which is further expandable up to 64GB via microSD card. The UMi Rome is powered by the MT6753 chipset with an octa-core 1.3GHz processor, and a 2,500mAh (Li-Po) removable battery. 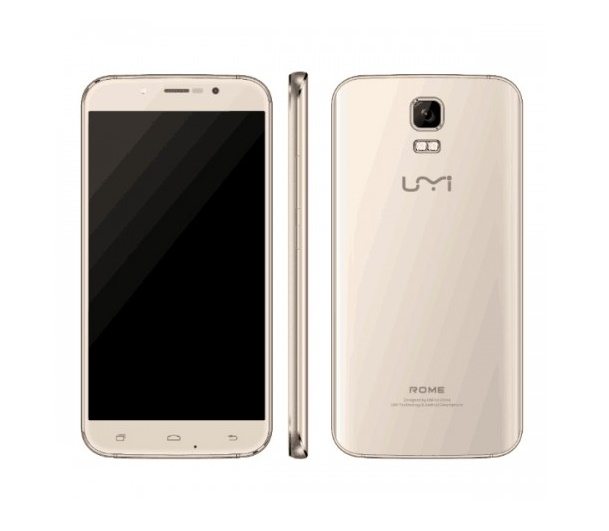