As you might have noticed, there has been a resurgence of the physical Home button off late with more and more newly released smartphones sporting the feature that had been almost totally forgotten for awhile. 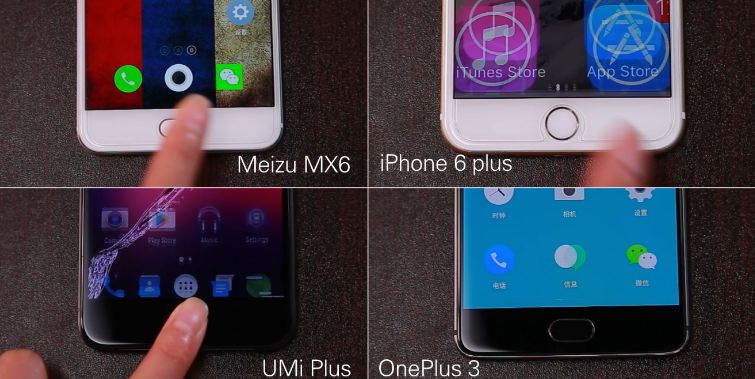 The revamped physical button basically works the same way as it used to in previous generation smartphones. A slight touch brings you to the Home screen whereas a long press opens the “recent app” list. However, one major difference is that it is possible nowadays to “hide” a fingerprint sensor underneath the Home key – a feature that makes it possible for users to quickly unlock their devices without requiring to enter any password or pattern.

Judging by the mood among device manufacturers, it seems like the physical Home button with the fingerprint sensor is going to stay here for the next few generations of smartphones at least. With that in mind, UMi, one of the fastest growing brands in the worldwide smartphone market, is leaving no stones unturned to take a lead on this (relatively) new technology.

A recent YouTube video released by the company on Sep 29 is just a short demonstration of that aspect.

In the video, UMi is comparing the speed and quality of the fingerprint sensor on the UMi Plus with that on the iPhone 6 Plus, OnePlus 3, and Meizu MX6. (Watch the embedded video below to see the results.)

UMi claims that the fingerprint sensor on the UMi Plus is incredibly fast (reaction time ~ 0.1 sec) and has outstanding reliability. As you will see in the video, the device outperforms all three of its competitors in terms of speed.

The UMi fingerprint sensor has a dedicated chip that encrypts and stores the user’s fingerprints in a safe way so no one else can access it, thus ensuring maximum security.