UMi Digi’s current flagship smartphone UMi Plus has received its second over-the-air (OTA) update since launch. The new update, as announced by the company, fixes minor bugs left untouched by the previous version of the software, as well as enhanced camera and speaker performance. 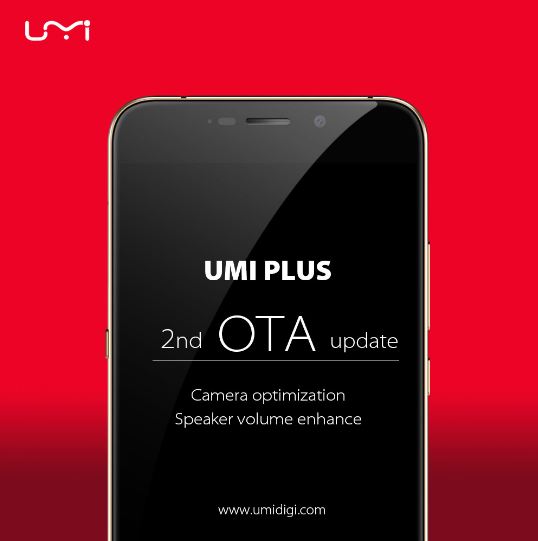 Among all the changes, the improved camera optimization is the most significant contribution by this update as it yields in a far superior color and auto-focus speed. For the uninitiated, UMi Plus, often touted as the best budget flagship of 2016, comes equipped with a high-performance camera with 13MP Samsung 3L8AF sensor and pro-mode shooting. The selfie shooter at the front can deliver images bearing a maximum resolution of 5MP.

The other major improvement introduced by the new update is the enhanced speaker volume.

While the ROM has been pushed through OTA, UMi Plus users also have the option to flash the full ROM by downloading it from the official UMi Digi forum.

Meanwhile, sources have revealed that UMi is leaving no stones unturned to push the Android 7.0 Nougat update to the company’s UMi Plus, UMi Super, and UMi Max users at the earliest possible.

You can purchase the UMi Plus online through Gearbest.