The Ulefone Paris was subjected to some extreme tests by its manufacturer to prove the efficiency and effectiveness of the phone. The device underwent both the Water / Cola test, and the Drop test and showed some unnatural properties.

The device was submerged in a pool of water and cola was also poured over it. The gadget survived both while the video was being captured. The high-quality 2.5D Glass and metal body frame proved to be a strong protective barrier. But the company advised not to try this at home, as it could damage the battery and the overall efficiency. If ever faced with such a situation, remove the battery and consult a technician and get the device dried or cleaned.

During the drop-test, the Ulefone Paris was dropped from various heights to measure its resistivity. It included a height of 1 meter, 1.6 and 1.8 meters. While the phone survived two drops, on the highest drop, the battery and back cover got removed and the metal frame got a bit crushed. During the free falls, it didn’t stop recording video, until at the end where the battery got loose.

After surviving the tests, the device ran smoothly without any hiccups and there was no effect on the performance.

The Ulefone Paris started shipping September 25th from several online retailers. Apart from the durability it also exhibits strong specifications as in a 5-inch 720p display, with a MediaTek MTK 6753 64-bit octa-core processor, 2GB of RAM, 16GB internal storage with a microSD slot supporting up to 32GB. It also supports 4G LTE, has a great 13-megapixel camera at the back with a handy 5-megapixel one at the front. It runs a stock version of Android Lollipop 5.1.1. 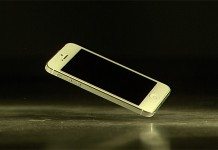