Ulefone has been most talked Chinese start up in last few days for its Ulefone Be Touch, which has attracted many of the customers with its attractive design, and an affordable price tag. Though the phone was equipped with most trending features, there were some lags in the software side. As a leading brand, the company has heard the voice of people and is now releasing its upgraded version, dubbed Ulefone Be Touch 2, which is unlocked for worldwide use and supports 4G, 3G and 2G networks. 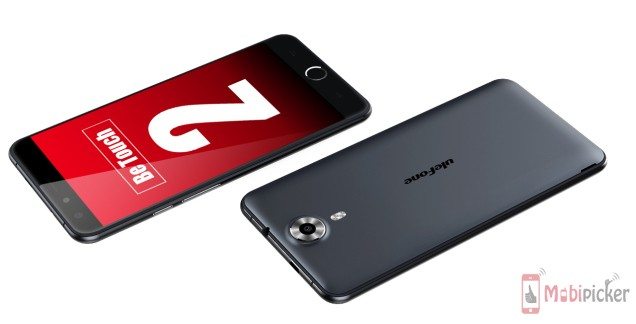 The firm has announced the Be Touch 2 at a price tag of $229.99 and is already up for pre-orders since June 16th. But an online retailer Everbuying has come up with a limited time offer, which will cost you just $179.99. Earlier, the offer was restricted to first 10 customers per day, however the restriction has been removed now and all Uelfone lovers could pre-order the phone at discounted price starting Jun 29th to July 1st.

Specs-wise, the Ulefone Be Touch 2 comes with a 5.5 inch 2.5D curved display with Gorilla Glass 3 protection and 1080p resolution. Powered by an octa-core 1.7GHz MediaTek MTK6752 processor, it packs 3GB of RAM, and 16GB built-in memory which is further expandable up to 64GB via microSD card. A 3,050mAh battery lights on the device, which comes with quick-charge technology and gives 35% juice in just 15 minutes of charge.

The dual-SIM handset runs Android 5.1 Lollipop out of box, and features a 13 megapixel Sony IMX214 rear snapper with flashlight and a 5 megapixel front shooter. Built with Aviation Aluminium, the Be Touch 2 features a 360 degree rotation fingerprint scanner in its home button, which comes with Press touch ID and scans your impressions in just 0.1 to 0.5 seconds. The scanner also works with the wet fingers.

If you are planning to taste the difference, rush to Everbuying and pre-order Ulefone Be Touch 2 at just $179.99, before it get back to its actual price.