MobiPicker
News Culture UFO Hunter Claims That US Air Force Is “secretly testing alien craft”...
Share on Facebook
Tweet on Twitter
Deal Alert: 49% Off on ExpressVPN
Touted as #1 VPN in the world, ExpressVPN is now offering 49% off & an additional 3-months of service on its annual plans.

There are tons and tons of conspiracy theories, ranging from the ones talking about how people from Atlantis are running our governments, to the ones stating we never visited the Moon, with the most popular ones talking about aliens. Well, one UFO hunter, Steven Barone, who regularly monitors skies above the Nellis Air Force Base in Las Vegas, stated (and backed up his claims with a video) that he saw UFOs above the base at night. 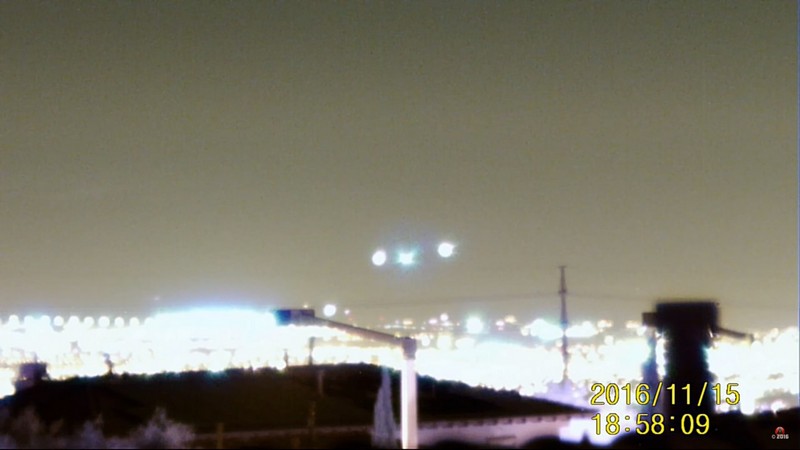 The video, which can be seen below, is showing a couple of still lights hovering above the base, they barely move, maybe the military still hasn’t figured out how to control alien aircraft. The video has been shot with a special night vision recording equipment. According to Express, Barone wrote: “I shot this video from my backyard in the Summerlin area of Las Vegas, Nevada, on the night of November 15, 2016. I am not enhancing it in any way so this is exactly as it was as it came from the night vision camera.”

Although the lights can actually be seen, they move at a very slow pace and don’t really look like pieces of alien technology. Scott C. Waring, editor of ufosightingsdaily.com explained why the lights are always seen above high-security military bases; Waring said that “These objects are flying over a USAF base in that area so no one can travel over there to take a look. It is all fenced in a high security area.”

He also noted that the military is testing technology recovered from aliens who visited Earth, that the whole truth is being kept away from the public, and that alien visitors gifted the craft “to the USAF in good faith.”

The USAF base in Las Vegas is known for UFO sightings. There’s even a theory about an alien species called “Tall Whites,” with its members living inside Nellis Air Force Base where they help the military develop alien tech in exchange for mineral resources they necessitate for their planet.