Martin Wimpress, the maintainer of Ubuntu MATE 16.04 LTS, recently shared some information on the features of the upcoming release. The shared screenshot looks very promising and has wowed users all over. The Ubuntu MATE will be released as part of the Beta 1 release of Ubuntu 16.04 LTS. For those of you who don’t know what the Mate is, it is simply a derivative of the Ubuntu OS and has a desktop interface based on GNOME 2. But the Ubuntu MATE 16.04 screenshot has the looks of a Unity based interface which is implemented in the Ubuntu OS currently. 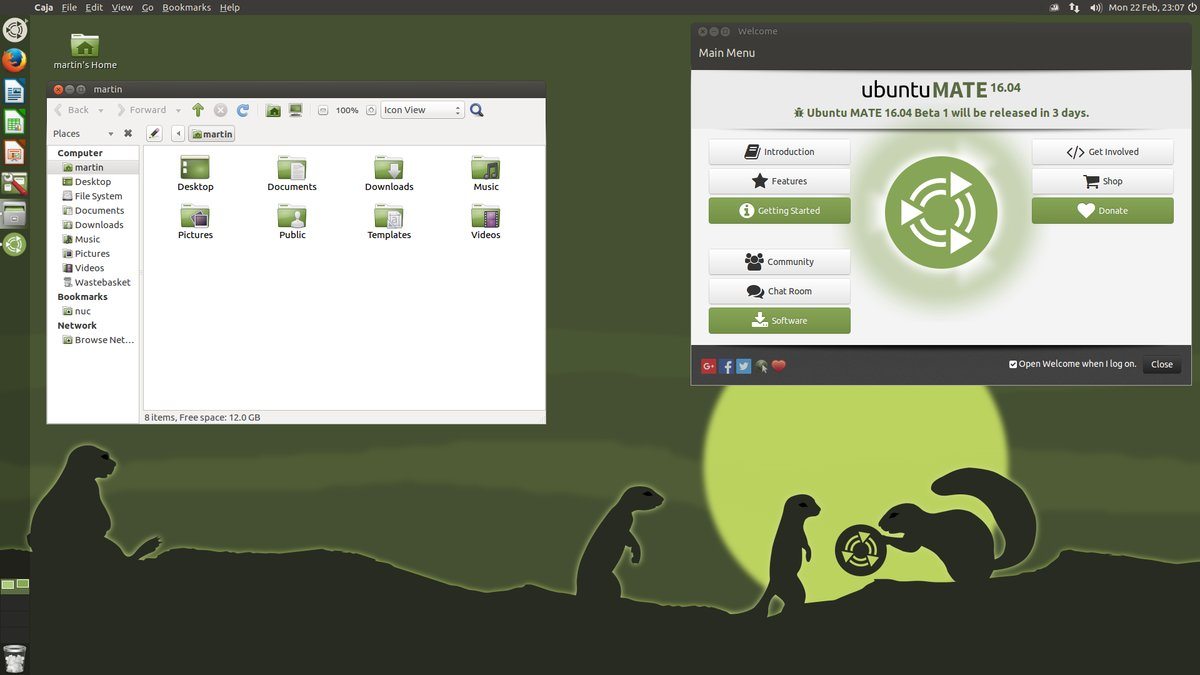 The screenshot implements a new feature called Mutiny, which is part of the Ubuntu MATE. Mutiny is a new panel layout and can be optionally activated through the MATE Tweak. The MATE Tweak consists of new components like libwnck library, mate-dock-applet, and topmenu-gtk. The mate-dock-applet and topmenu-gtk are just applets for the panel and can be customized freely by the user. This feature can be exploited to get any desired look for the OS as the user wants. Adding the topmenu-gtk to the Cupertino layout will create an OS X lookalike on the Ubuntu MATE.

Martin Wimpress said that he created Mutiny when he was at a pub for a podcaster meetup. It is very similar to the Unity-based interface but lacks the Hud and dash. It was created by him in November last year just for fun. But the response that he has received now is just a testament to the fact that people have enjoyed using all the new features.