What was mostly seen by many Ubuntu loyalists as yet another speculation churned out by the rumor mills has become official now. Ubuntu 16.04 allows users to move the Unity Launcher to the bottom of the screen, and the vast majority of Ubuntu users are loving it.

The ability to move the Unity Launcher was perhaps one of the most demanded features in the Ubuntu Linux community, and Marco Trevisan, a Unity developer, confirmed on Friday that Canonical has made its mind to appreciate the hard work done by the Ubuntu Kylin team to move the Unity 7 Lunch to the bottom of the screen.

However, users will still have to run a command to make use of this new feature. 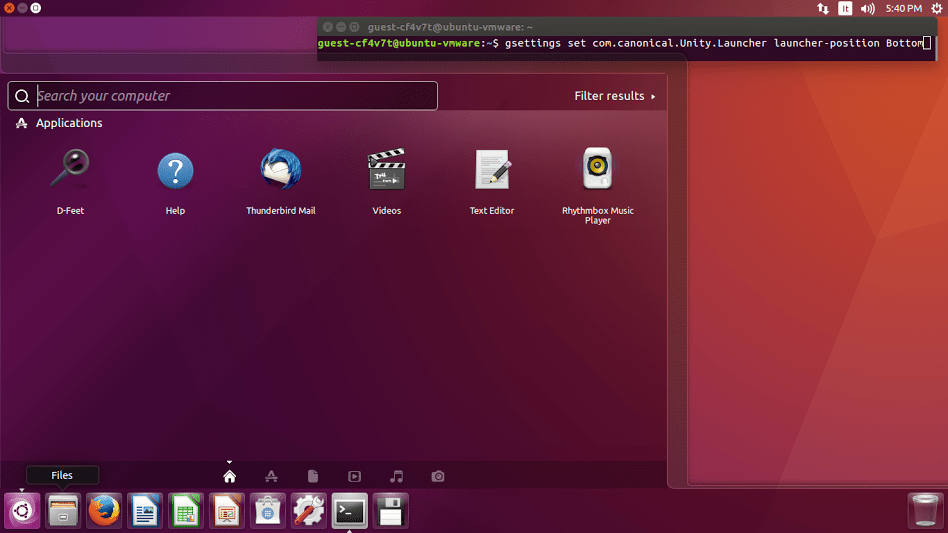 “You can have this by using: gsettings set com.canonical.Unity.Launcher launcher-position Bottom,” reads the post on Trevisan’s Google+ page.

As Marius Nestor of Softpedia points out, the new feature works just fine in Ubuntu 16.04, but you might have to look for an update to the Unity package, install the update and reboot the PC before the Launcher moves to the bottom.

“As we are currently running the Ubuntu 16.04 LTS daily build on one of our computers here at Softpedia, we’ve regularly monitored the repository for an update to the Unity package, and as of today, March 19, 2016, after updating and rebooting our PC, the Launcher was moved to the bottom edge,” Marius noted.