MobiPicker
News Mobiles Uber Gets An Update In Windows Store
Share on Facebook
Tweet on Twitter
Deal Alert: 49% Off on ExpressVPN
Touted as #1 VPN in the world, ExpressVPN is now offering 49% off & an additional 3-months of service on its annual plans.

Uber is quite a popular cab service booking app across various platforms and countries. It is also the first such UWP app to have made it to Windows Store and today, the same has received an update. 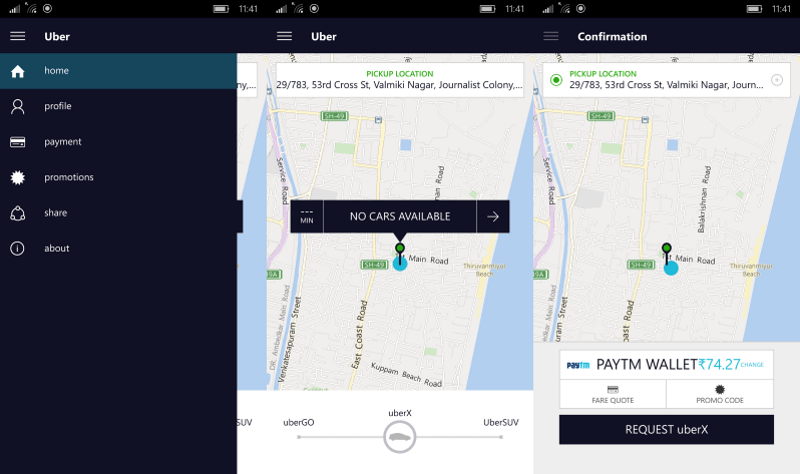 The update doesn’t accompany any changelog, so we can assume usual bug fixes and performance improvements with this one.

Request a ride using the app and get picked up within minutes.

Add a credit card to your secure account so you never need cash on hand.

Easily set your pickup location on the map, even if you don’t know the exact address.

Get connected to your personal driver and check the progress of your Uber at any time.

Emailed receipt when you arrive at your destination.

For those who don’t know, Uber is a cab booking app which allows consumers with smartphones to submit a trip request which is then routed to Uber drivers who use their own cars. As of now, Uber operates in over 60 countries and 404 cities worldwide.