Twitter is a social media platform that has existed for a decade. Social media platforms are useful for airing opinions and sharing valuable information. However, these platforms are susceptible to abuse by heinous individuals who may threaten other users among other things. Earlier in the year, Twitter announced it would address the issue and reduce misuse of the platform. It looks like they have done just that. 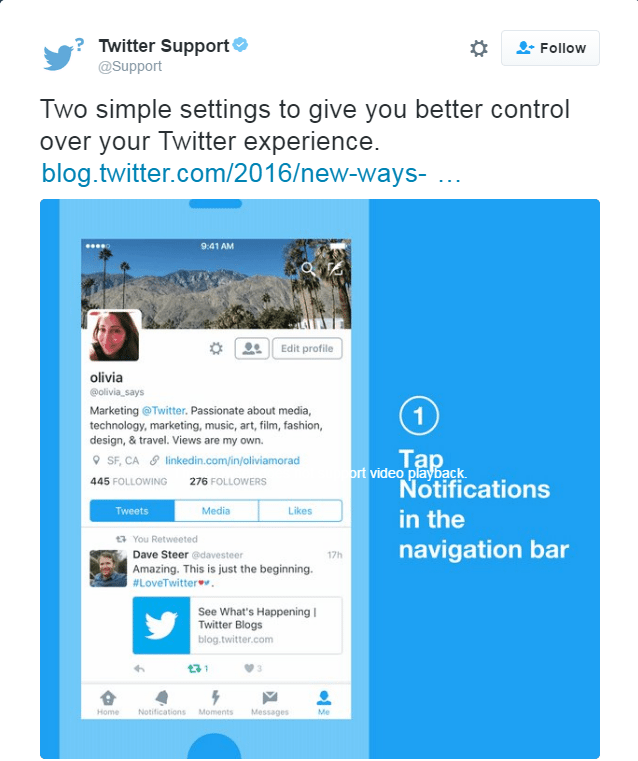 Three days ago, 18 August, a new feature “Quality Feature” started rolling out. The feature is not all new; it began testing it last year by making it available to a select group of individuals. Turning on the feature automatically filter out low-quality tweets, i.e., duplicate tweets, automated tweets and tweets from suspicious accounts. However, the screening does not hide tweets from people you follow or accounts you regularly interact. Please note that the filter does not delete the tweets, it hides them from your notifications.

Also, the new update addresses the notification settings. Now, you can choose not to view notifications from accounts you do not follow. The feature is available on the mobile apps and twitter.com on browsers. Additionally, accessing Notification Settings is now easier; you can access the settings directly from the notifications tab.

VentureBeat notes that the update comes after a report on BuzzFeed accused Twitter of neglecting to address the issue of abuse and harassment on the platform.

“We’ve designed the feature to learn and improve over time so what we’re rolling out is just a start, and we’ll keep you posted on updates in the future,” Twitter said in a Blog Post.