The popular micro-blogging site Twitter has committed a faux pas by showing the Indian territory of Jammu and Kashmir as parts of Pakistan and China. Twitter is now inviting flak from all corners and is being heavily criticised by its Indian users who are condemning it on Twitter and other popular social-networking websites.

Twitter allows users to tag a place in their tweets, users have options either to tag their current location automatically by using GPS or to manually select a location by typing the name of the place you want to tag in your tweet. This is where, twitter, when ‘Jammu’ is typed in the search bar suggests ‘Jammu, Pakistan’ and ‘Jammu and Kashmir, People’s Republic of China’ which explains that according to twitter these regions are part of Pakistan and China. 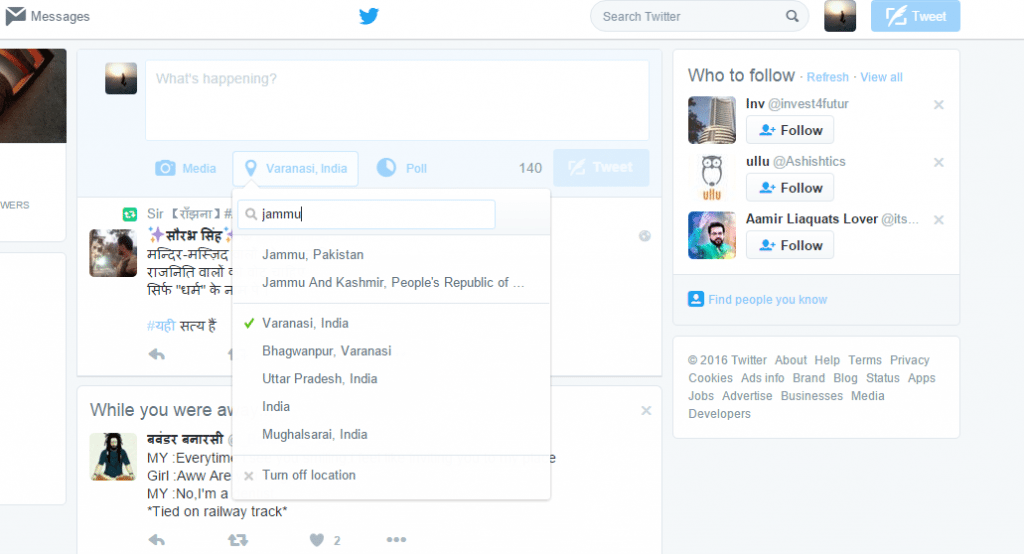 This has been termed by some users as egregious on the part of Twitter for showing an Indian territory as a part of neighbouring countries who in past have asserted their claims over this disputed region of India.

This may be some algorithmic error on the part of the micro-blogging website but it is yet to give some clarification on the issue. Previously, Google had also committed a mistake of the same nature by showing Arunachal Pradesh as a part of China.

Stay connected and remain updated with the latest news from the tech world and don’t forget to drop your comments in the  box.