Controversial hacker collective Anonymous’ disdain for the newly inaugurated US President Donald Trump is not exactly a secret. Members affiliated to the group had vowed to take him down even before the elections took place. Clearly, all the subsequent efforts to “expose” Trump in the months leading up to the elections ended up being more or less futile as the businessman-turned-politician was eventually elected as the POTUS. 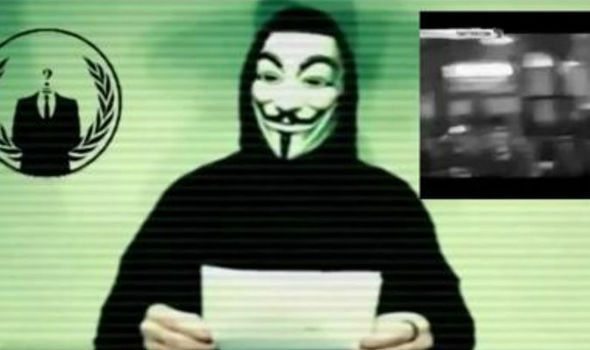 However, it seems like that setback has not stopped Anonymous from trying to hit Trump where they think would hurt him the most — by exposing his alleged “personal and financial ties with Russian mobsters.”

In a series of tweets posted earlier this week using one of the group’s main Twitter handle, Anonymous claimed to be in possession of secret information that proves Trump’s ties with Russian money launderers, mafia, and child traffickers.

The group also threatened the POTUS saying he would regret his next four years in office.

.@realDonaldTrump you have financial and personal ties with Russian mobsters, child traffickers, and money launderers.

This isn't the 80's any longer, information doesn't vanish, it is all out there. You are going to regret the next 4 years. @realDonaldTrump

We could care less about Democrats attacking you @realDonaldTrump, the fact of the matter is, you are implicated in some really heavy shit.

much worse – just look at Syria (red line), Crimea, Ukraine and the build-up of Russian nukes. Not good! Was this the leaker of Fake News?

The “fake news” referred to by Trump is the dossier authored by Christopher Steel, a British espionage, that claims that Trump paid sex workers to urinate on a Moscow hotel bed as a sign of protest against the then-president Barack Obama who happened to have stayed in the same hotel.

Worth noting, despite all the strong allegations Anonymous is making against Trump, the group is yet to come up with any credible evidence to support them. Neither has it shared how it intends to make this information, if it exists at all, public.