The Truecaller app for iPhones will now be able to automatically detect spam calls more efficiently. Previously, iPhone users had limited access to Truecaller features. Some important features such as real-time spam protection were missing from the iOS app. The caller ID firm has announced that iPhone devices will now be able to access this features. The Truecaller app will also offer a new ‘My Block List’ feature, which allows you to block and manage calls. 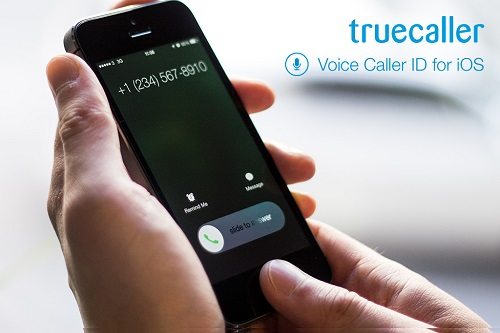 The new Truecaller update will only work with iOS devices. Users will have to manually enable Call Blocking and Identification in the Settings app. The new update is expected to arrive soon.

The new Apple iOS 10 will be available from September 13. New features include new notifications, a revamped Control Center, an improved Photos app, etc. On a better note, Apple has opened up Siri and iMessages for developers. Also, the CallKit Extension is now open to third-party developers to provide more access to its call management system. Truecaller has taken advantage of this extra access to introduce previously limited features on its iOS app.

“Working closely with Apple over the past few months, we’re proud to bring a call solution to your iPhone to provide safe and authentic communication. In our early testing, we’ve seen spam detection rates on iPhone increase by more than 50 percent in some markets, reaching upwards of 90 percent of all spam calls made to our users. We fully expect these rates to continue improving for the benefit of our users,” said Tom Hsieh, VP of Partnerships and Growth, Truecaller.

The company had also introduced the Live Caller ID to its iOS app in May, but with limited functionality. Users could only see the information about the caller only if he/she was also using Truecaller. The Android app provides the caller information regardless.