Anime DVD rankings for the week of September 5-11 is out. The chart topper is Minion with the weekly sale of 1,898 copies. The title completed 15 weeks on the chart and has sold 42,169 DVD copies so far. Its previous ranking was at the third spot.

The second position is held by The Heroic Legend of Arslan: Dust Storm Dance. This is the opening week for the anime and it has sold 1,417 copies so far. Its storyline revolves around Arslan and his companions, returning to Pars. On their way, they face Hilmes, the brave general with the silver mask and other obstacles.

The third spot in the chart goes to B-Project: Kodo Ambitious 1. It is the title’s second week on the chart. It held the top spot in the previous week’s ranking. The anime sold 1,371 DVDs during the week, while its total tally stands at 9,525 copies. The series follows Tsubasa, who is assigned to manage the idol unit “B-Project”. The job sees Tsubasa dealing with the group and its members possessing different temperaments. 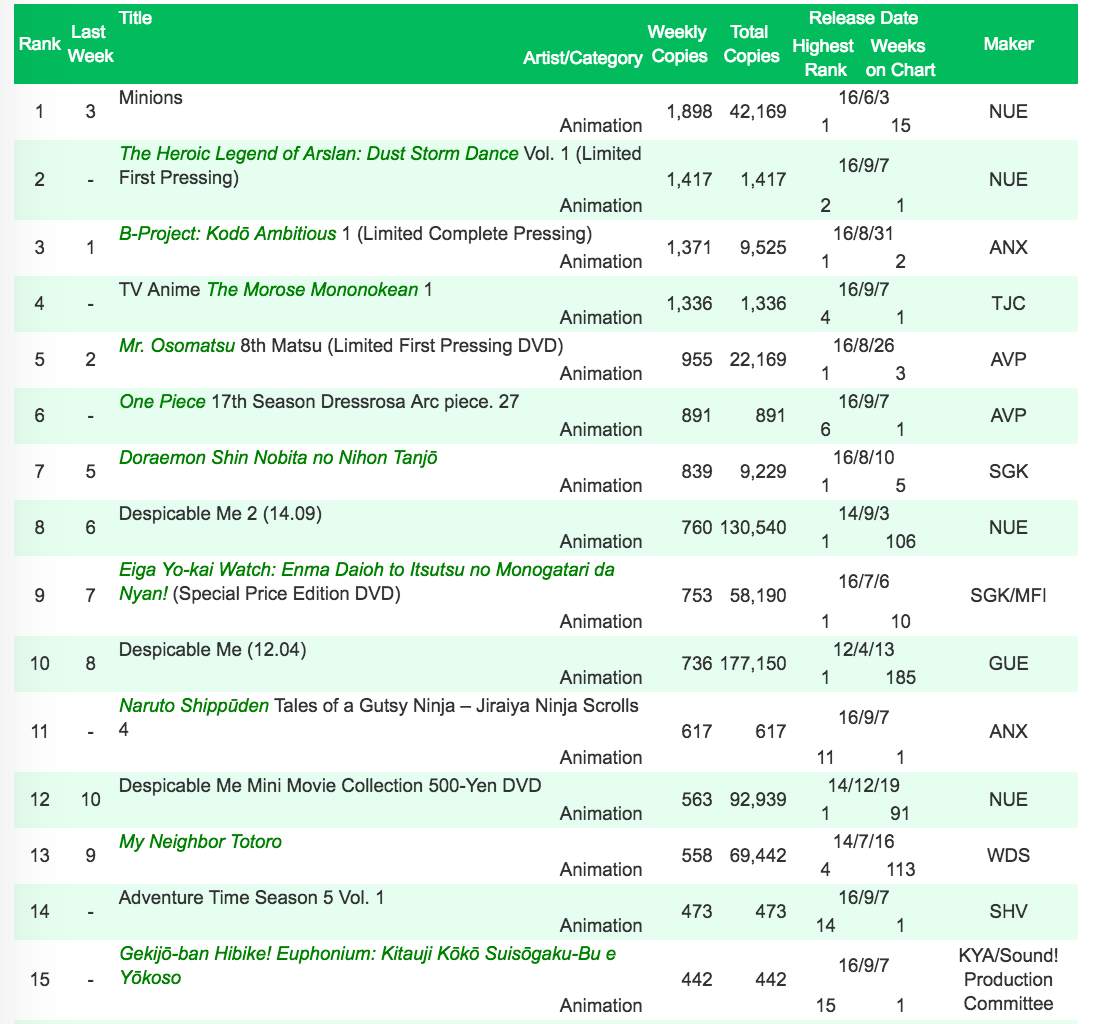 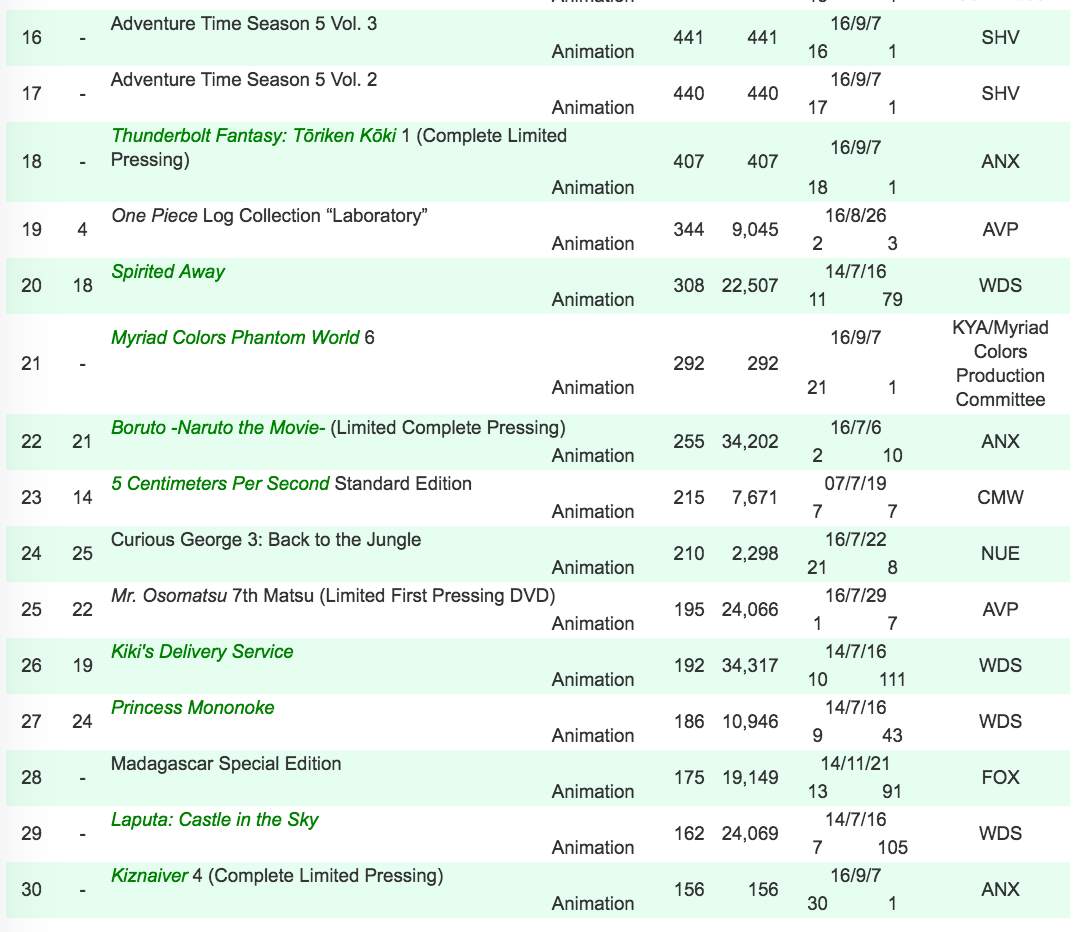 The Morose Mononokean 1 holds the fourth position on the chart with a tally of 1,336 copies sold during the week. This is the anime’s first week on the chart. The series was released on September 7 and is produced by TJC. The anime tells the story of Mononokean who lives in a tea shop. He also has the ability of guiding the ones from this world into the next, with the help of Yokai.

Mr. Osomatsu 8th Matsu tumbled down from 2nd position to 5th spot this week. The series has sold 22,169 DVDs so far. Its weekly sales number stood at 955. The series tells the story of Matsuno household which has six sons. The series has been produced by AVP.