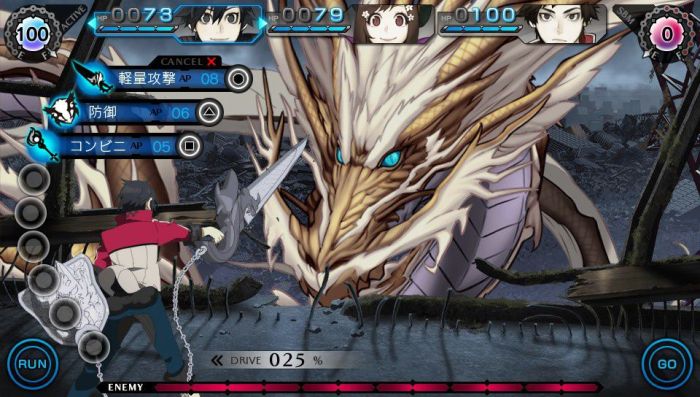 Ray Gigant is a dungeon crawler JRPG with a heavy focus on narrative and turn-based combat not unlike the sort seen in Bravely Default. There are also no random battles, unusual for a dungeon crawler JRPG. It’s exclusive to the PlayStation Vita, and was originally released last year in Japan, but will be making its way to Western shores on the 3rd.

The story is set in a futuristic Tokyo devastated by aliens called ‘Gigants’. Before the Gigants could completely destroy Earth, one of the game’s protagonists, Ichiya Amakaze finds a way to defeat a Gigant, while at the same time levelling an entire city. The game’s heroes must now figure out a way to handle this special ability.