So, that means we just have a few days until the DLC comes out. If you were wondering what changes will be introduced by the new DLC and patch 1.5, then we’ll summarize the important ones here.

Hip fire now has stronger recoil than aiming down sights. The strength of this effect varies between weapon types. From most impacted to least impacted: Marksman Rifles, LMGs, Assault Rifles, SMGs, Shotguns, Pistols. Damage to targets out of cover bonus has been slightly reduced for all LMGs of Gear Score 256. M60: base damage reduced by 3%. M60 & M249 now take longer to reach full accuracy when fired. MG5: Time to max accuracy has been slightly increased. This means that while firing, max accuracy will be reached a little slower than before. Hungry Hog: base damage reduced by 13%, to prevent a scaling overlap with the implementation of World Tier 5.

Enemy Armor Damage now functions in PVP: damage calculation in PvP ignores a percentage of the target’s armor equal to one-third of the shooter’s Enemy Armor Damage. Enemy Armor Damage is now a Major bonus instead of a Minor bonus. With enemy Armor Damage now applying to PvP, this will create an interesting situation where players will have to decide between increasing their Armor or Armor Damage. Stagger now functions in PvP: high-stagger weapons (Shotguns and Marksman rifles primarily) will now cause the target’s aim to flinch. NPCs now have chances to drop crafting materials. Chances to drop higher quality increases with World Tiers. Season Pass Open World Supply Drops will now scale with World Tier. Opening a supply drop in World Tier 1 will reward with Gear Score 163, 182 in world tier 2, etc. 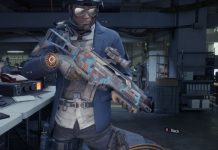