Titanfall 2 (PC, PS4, Xbox One) seeks to right the wrongs of the original with more multiplayer options and a first-time single player campaign. And now the game is getting the Angel City DLC which seeks to expand the game even further.

What will the new Titanfall 2 Angel City DLC have?

All DLC that affects game balance (Guns, Titans, and, as far as we know, Maps) are free. However, cosmetic things like skins for your guns, player or titans are going to be available for purchase if you don’t want to wait for the item in random advocate’s gift. It’s not difficult to come up with balanced titan builds that have the potential to be easily tweaked to fit whatever meta the game moves into.

New titans would be a real benefit in the future for Titanfall 2. Although personally, we hope if they do, they give those titans more unique weaponry then a mixture of other titans.

Furthermore, we hope they make improvements to Titans as well. There should be an attachment where ion’s dash is connected to her energy and it takes 1/4 of her energy. It would be very useful for getting out of battle super quickly. 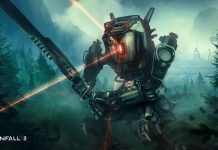