Note: Read ahead only if you have watched the first episode of ‘The Walking Dead’ Season 7.

The hype around the Season 7 premiere of ‘The Walking Dead’ was revolving around the mystery of who Negan’s victim would be. Fans immediately regretted their anticipation for the kill when it was revealed that Negan would kill two important members of the Alexandria crew. But wait, it’s going to get more interesting. 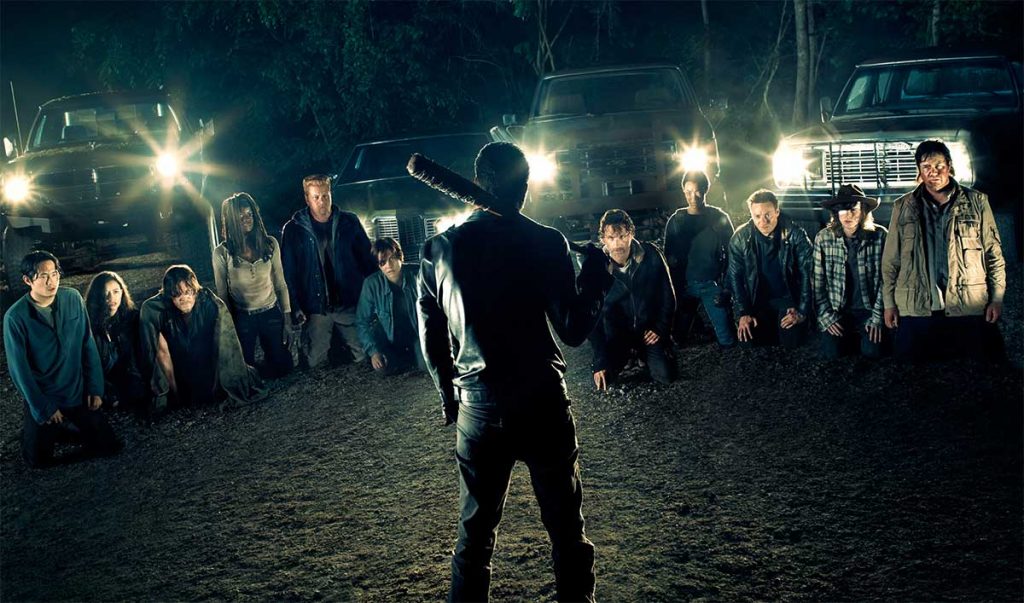 Maggie was not to be one of those two victims. However, according to a new video leaked online, Negan kills Maggie, the last remaining child from the bloodline of Hershel Greene. The video clearly shows this happening, and it has created quite some noise among the fans. Many are confused whether or not this video is real. If it is real, is this the kill fans were waiting for? Scroll down to the bottom to watch the video clip.

Here’s your answer. The leaked video is actually an alternate Negan kill. ‘The Walking Dead’ crew had filmed this scene back in May when the production for ‘The Walking Dead’ Season 7 started. No one really knows why or how the video clip managed to leak out. Some reports say that Glenn and Abraham are going to be the victims of Negan, which makes many fans think that this new alternate Negan kill video has been intentionally released by the AMC show crew to misdirect fans and protect the thrill and suspense of the secret.

The Season 7 of the show premiered on 23rd, we saw most of the potential victims in Rick’s imagination. But those were just quick flashes, though we think that each of the eleven deaths was filmed in complete detail. The Walking Dead airs at 9PM ET on Sundays on AMC. Stay tuned to MobiPicker for more updates.