Another Sunday is upon us, and MobiPicker is bringing you our next installment of MobiPicks, the twice-a-week special, coming Wednesdays and Sundays.

Today we will have a look at a rather popular topic, hopefully from aspects not yet discussed before, and that is the graphics of current and upcoming mobile games. At the end of the article we will post a question, and the best answer in the comments section will receive a $10 Amazon Gift Card! We will also add a video to today’s article that will show you MobiPicker’s list of best graphics in mobile games.

So let’s not waste more time with formalities, time to peek in to the world of mobile game graphics.

Game graphics are, in most cases, decisive factors for a game’s success. At least, this is the case nowadays, when people just want fancy looking things without worrying about the content behind these graphics. In the good old days of gaming, no one really cared if the character we controlled looked like a blob of pixels, happy enough to have a recognizable face. Just think about all the retro RPG games like the Final Fantasy series or the original Fallout games with epic turn-based battles, providing us with hours and days of exciting gaming, regardless of graphics. 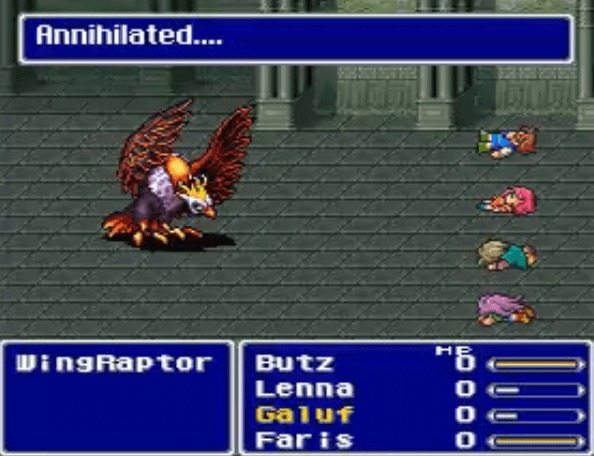 Today, the needs and expectations of gamers have immensely changed. We expect photorealism, flashing spells and in-depth character customization with the highest emphasis on the quality of graphics. Consoles and PC releases have already evolved to an extreme level, with many games coming out with such visuals that seem even better than real life, with accurate details in the controlled characters and the environments.

As we discussed it in a previous article, mobile games are now going under a similar evolution in content, graphics and gameplay experience. With the ‘new is always better’ approach, gamers are now leaning towards the mobility benefits of playing on phones and tablets, instead of being stuck in front of their PCs or consoles. And right they are to do so, as mobile games are now better than ever, some of them beating many PC and console games.

MMOs (Massively Multiplayer Online) have been around for a while now, attracting millions of players worldwide to play together online, either in PvE (Player versus Environment) or PvP (Player versus Player) modes. Mobile games also began conquering the MMO industry, which further boosted their popularity.

Before we start looking at the mobile game graphics in detail, below you will find our promised collection of best graphics in mobile gaming.

Hopefully you all had a look at the previous video, presenting some of games for mobile devices that have outstanding graphics.  Observing the graphics of these games, we can already see that the quality is constantly improving towards PC and console games. We cannot, however, blame mobile game developers for not completely catching up yet, as they are also limited by the development of mobile devices themselves. This limitation will surely not be around for long, as we can deduct from recent announcements regarding the newest tablets and smartphones that are getting gradually equipped with increasing RAM, memory and more powerful chipsets. The google Pixel C for example, that Google announced just a few days ago, will have no trouble running high quality graphics games, as well as the other rivals like the Microsoft Surface and the iPad Pro.

The evolution of mobile gaming also puts pressure on the developers of phones and tablets to enhance their devices in ways that supports gaming. Right now, many of us are somewhat troubled with controlling mobile games, often having to use both thumbs, one for movement and one for combat. This is probably much easier on tablets, but on smaller smartphones it can be an issue.

So, graphics are developing rapidly? Great! Phone and tablet developers are pressured to create gaming smartphones and other devices? Even better! We, the gamers, feed upon the innovations of the gaming and tech industry, and these sped up improvements are what keeps us going.

In the following section, we will reflect upon what games we would like to see to be converted to mobile devices. This is not a simple task, as there are so many astonishing games for PC and consoles that it is probably impossible to narrow down the list to just a few titles, but we will try our best.

As mobile devices nowadays are almost 100% internet-connected, it is more than evident that the games we want should focus on multiplayer aspects, and of course related to are today’s topic, ones that come with fancy graphics.

Among others, Diablo III for example, would be an epic choice for having a mobile version. The controls would surely not be hard to convert for phones and tablets, and the mobile version would most likely have the similar amount of player base that the other versions do. Graphics-wise, it is greatly polished, with a decent atmosphere and a great feel to the game, and probably would not cause too much trouble to run on mobile devices, with a little bit of downgrading. Another fantastic choice for a mobile conversion would be a horror game like Dying Light. Imagine sitting in your dark bedroom, lights off, and playing this horrifying game alone or with friends online. We would love to see the graphics of the other platform versions come to mobile devices, with just a slight adjustment in controls. Our third choice would be something like a complexly developed MMORPG, probably with non-tabbing playstyle like Tera or Black Desert. That would be purely awesome.

As we have slightly drifted off from the main topic, I will now discuss a matter that is closely related to the contest question of our Sunday Special. This is none another than the importance of story vs. graphics in present games. Do we want to please our visual need for amazing graphics or do we want to entertain our minds with complex stories, character developments and perhaps even with solving mysteries? The best would be having both of course, but sadly, a large portion of online mobile games either have a fantastic story but with badly developed visuals, or have great visuals but having very little content or background story. Hopefully, once the mobile game graphics reach a satisfying level, developers will be able to focus a lot more on the story elements and amount of available content to create games that are both good-looking and entertaining on the long run.

We have reached the end of today’s MobiPicks Sunday Special, and we will now announce the question for the Amazon Gift Card Contest.

What do you personally prefer to have in a mobile game, a complex story and characters, or stunning visuals and effects? Please state your answer through the comments below, in a few sentences, to be eligible to participate in our contest. The winner of the contest will be announced on Wednesday, in our next MobiPicks Special.