Much like everyone else, Nintendo is doing game remakes and re-released too, as its new consoles are much more powerful and can provide better graphics and gameplay. This happened with Majora’s Mask, re-released on the 3DS, and now the Legend of Zelda: Twilight Princess is the game that gets the HD re-release treatment. This time, the game, which was originally released on GameCube and Wii in 2006, gets a re-release 10 years later on the Wii U. 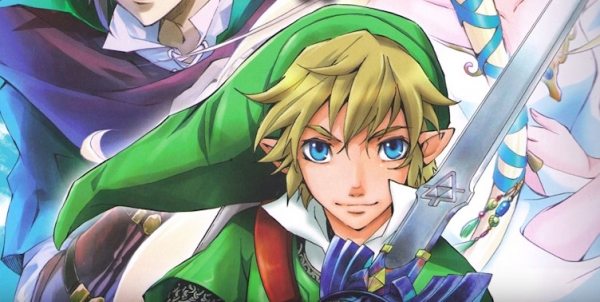 The game is stated to be released on the 4th of March, 2016, and it will feature several new additions aside from being released on a newer console. The HD remaster will feature 1080p full-HD graphics, the original left-handed orientation will make a comeback (the Wii version was mirrored from the GameCube one). You can watch a trailer for the re-release at the bottom of the post, but we sum up everything here for you to read.

This Zelda game will feature upgraded graphics and a new Hero Mode, in which the world will be mirrored similarly to the Wii version. The control scheme will be adapted to the Wii U, which means players will be able to either play the game on the Wii U gamepad itself, or they can play it on the regular console with a TV as the video output. In the latter case, they will be able to use the gamepad’s screen as the game menu – minimaps, Link’s status and on-the-fly equipment changing are all available on the touch screen.

Additional minor features include collectible stamps which can be posted on Nintendo’s Miiverse, and a new, Wolf Link amiibo can be used to unlock an additional challenge in the game. Two other amiibos will also be compatible with the game; one of them replenishes Link’s health, and the other one increases the damage he takes.