MobiPicker
Games Mobile Gaming Hearthstone Journey to Un’Goro Released, UK Launch Set for Today
Share on Facebook
Tweet on Twitter
Deal Alert: 49% Off on ExpressVPN
Touted as #1 VPN in the world, ExpressVPN is now offering 49% off & an additional 3-months of service on its annual plans.

Journey to Un’Goro, the fifth full-size expansion of Hearthstone release dates have finally been revealed. 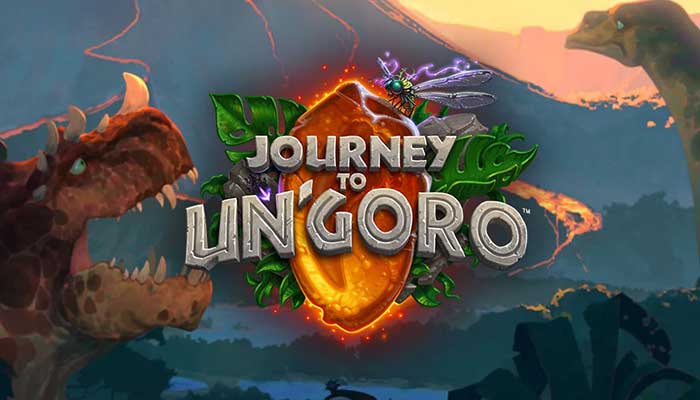 For all the North American players the expansion debuted on April 6th. However, the players waiting for the Journey to Un’Goro in UK and Europe have still some time left. In the UK and European regions, the Journey to Un’Goro is going to be debuting on April 7, 2017. For all the players, blizzard has revealed most of the sets of 135 new cards as well. However, the exact launch time hasn’t been released.

In addition, Journey to Un’Goro is has brought tons of new mechanics to the game as well. Prominent of them all is the addition of a new legendary card named as the “Quest Card.” While playing the game, the players can use these legendary cards. The cards will then task the players to complete a number of challenging puzzles and achieve certain goals. For example, the priest quest named as Awaken the Makers allows the players to summon seven different Deathrattle Minions. These minions can be summoned anywhere and at any point in the game while completing tasks and using the Quest Card.

While the priest quest awards you with powerful minions, one of these minions is extremely powerful. The minion named as Amara, the Warden of Hope is a Five-mana minion with a total of eight health and eight attack. This particular minion sets player’s health to 40 while playing the game and completing the priest quest.

Furthermore, each of the game’s nine classes, every one of them has a unique quest and a reward. This special reward is capable of offering some major swings in the game and boosts up the tempo as well.

The Journey to Un’Gporo expansion also offers a new and powerful Keyword, Adapt. When a minion is adapting with the help of a spell, a battlecry, or anything else, the players are automatically given a choice of enjoying the three possible new upgrades for that special minion. These upgrades include various buffs, attacks, health, a divine shield. This ultimately gives the minion taunt or something else very special.

The April 6 launch has already marked the beginning of Blizzard’s Year of the Mammoth, in Hearthstone. So, now the cards from Blackrock Mountain, League of Explorers, and The Grand Tournament will be rolling out of the Standard mode. This means that these cards will now only be playable in the Wild Mode. Few more of the classic and popular cards are also expected to be removed. These cards could include Azure Drake and Sylvanas Windrunner. So, if these cards are also removed, they will not be available in Standard mode anymore.

We’ll be covering all the news that are further expected to roll in about the Journey to Un’Goro. So, stay tuned.