Tom Clancy’s The Division has been in the news since long, and now a new rumor suggests that The Division open beta test might go live in the third week of this month. 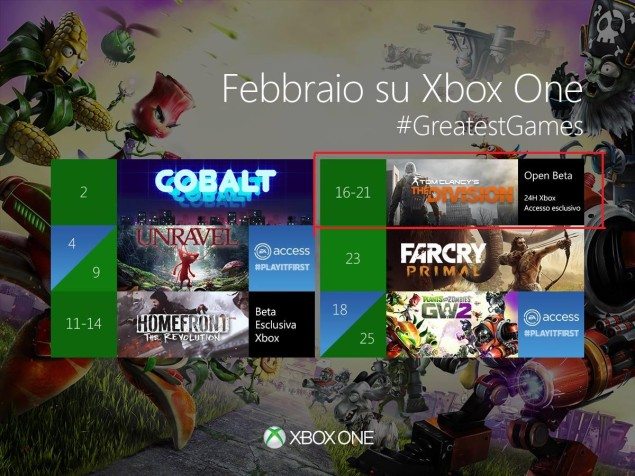 The rumor has risen from a leaked image. A few Xbox channels like the Italian one have uploaded the above image which displays the Xbox One games that will come out in February. The picture clearly tells us that Tom Clancy’s The Division open beta test is included in the list and will be running from 16th to 21st February. Just like the recent beta, the new open test beta will offer 24 hours of exclusive access to the Xbox One users. If that’s the case, then PC and PlayStation 4 players would have access from 17th to 21st February.

As of now, this whole information is just a rumor, as Ubisoft hasn’t officially given confirmation about any such test. However, the possibility of The Division open beta is very high.

What do you think? Will the open beta test happen? Leave your comments below.