MobiPicker
Games Console Gaming Tom Clancy’s The Division Enters India Secretly
Share on Facebook
Tweet on Twitter
Deal Alert: 49% Off on ExpressVPN
Touted as #1 VPN in the world, ExpressVPN is now offering 49% off & an additional 3-months of service on its annual plans.

Tom Clancy’s The Division is set to launch for PC, PS4 and Xbox One on March 8, 2016. Some users did get a chance to get their hands on the game for a few days through the Open and Closed Beta of the game, which were held a few days ago. Though if you live in UAE or in India, you will be pleased to know that the PS4 version of the game has been leaked in these two regions.

A user or a not so well-known retailer has posted an image of the game on Instagram, where he claimed that he already has the game. The retailer is based in UAE, but its pretty common that the games released in UAE make their way to India in no time, through different means. Some other titles, such as The Witcher 3: Wild Hunt, Metal Gear Solid V: The Phantom Pain, Just Cause 3 along with some more were also leaked in UAE a few days before their initial release and were later made available in India. 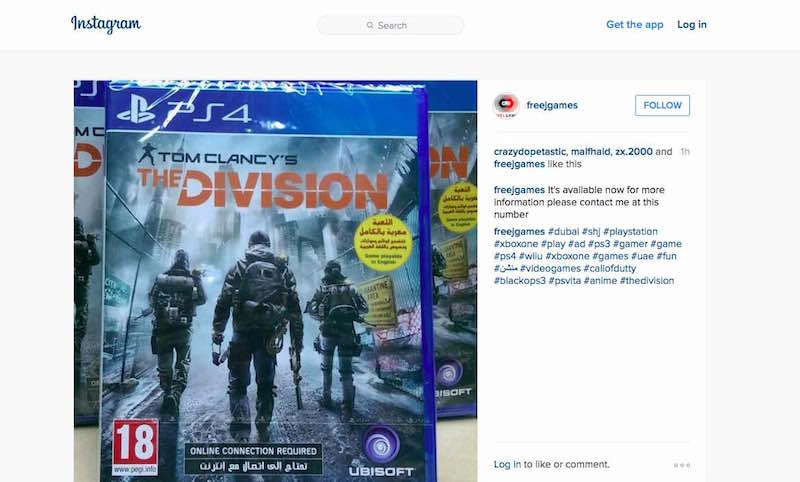 Those who somehow do manage to get their hands on a copy of The Division, keep in mind that you won’t be able to play the game until the game’s server go live and that will happen in March. So getting the game early wont get you anywhere, you can only insert the disc into your console and enjoy the thrilling stuff, that is……. staring at the menu.

Whatever the case is, this won’t affect Ubisoft in any way as they did confirm today that the servers will go live on launch day. So don’t bother to get the game early.