The Division beta has already started building up a lot of excitement for the gamers who are eagerly waiting for. The beta will be beginning from 28th January for those on Xbox One, while the PC and PlayStation 4 gamers will get it on 29th January. So there are just ten days left and the anticipation is killing the fans. Of course, you will need to free up your hard disk space in order to install the game. And if you are wondering how much space you need to clear, there’s some positive news for you. 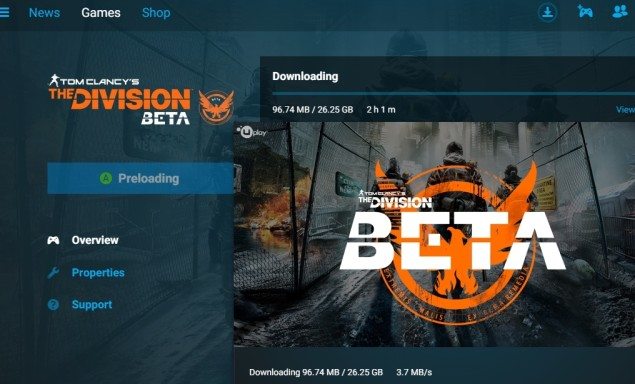 The Division Beta file size has been leaked on the internet through Reddit. The complete game weighs 26.25GB, which is around 3GB more than the December 2015 Xbox One Alpha test. This suggests that Ubisoft Massive might have added more content into the game. Nevertheless, the file size is not a completely confirmed number, so remember that the actual game size may vary by a few MBs. Also, this size is actually for the PC version, but we expect it to be more or less the same for Xbox One and PlayStation 4.

In case you are wondering how The Division Beta file size leaked out on Reddit, the user who leaked it has already started downloading the beta as he has taken part in a private test phase. So the beta isn’t available to download for the public yet, but we might expect it sooner or later.

As the launch of The Division is arriving, we have been hearing a lot of leaks and rumors about the game. Previous reports suggest that the game will be getting a high level of PvE content out of the Dark Zone. But let’s not give wind to any such rumors and wait for some more concrete developments