MobiPicker
News Culture ‘The Big Bang Theory’ Star Kaley Cuoco Shares Her Bungee Jumping Date...
Share on Facebook
Tweet on Twitter
Deal Alert: 49% Off on ExpressVPN
Touted as #1 VPN in the world, ExpressVPN is now offering 49% off & an additional 3-months of service on its annual plans.

‘The Big Bang Theory’ star Kaley Cuoco recently shared her thrilling date experience with love interest Karl Cook. She was talking with Jimmy Fallon on the show and said that during her date she felt like she was on reality TV show, The Bachelor!

Cuoco and Cook’s family went for a vacation in the canyons of New Zealand.  Soon Cook informed her that they will be going on a canyon swing. Initially, she felt that it is a normal park swing. But later when she searched on Google she found out that canyon swing is something like bungee jumping!

When her concerns were proven correct she said, “It’s a bungee jump and if my boyfriend calls it a swing one more time, I swear I’m going to kill him,” reported Entertainment Tonight. Terrified of the idea of bungee jumping Cuoco could not refuse Cook for the adventurous date. As she was with his family, she felt like as if she was on The Bachelor!

I had to be like, ‘Are you ready to take this [step]? Can you jump off with him? This is the next step in your relationship,'” she further added, ‘Am I gonna get the rose out of this?'” as per aforementioned source.  Finally, when the moment arrived, she and her love interest jumped together and went down screaming. But Cuoco says it has been horrible but she managed to get the rose.

Equestrian Karl Cook (26 years old) and Cuoco (31 years old) share the same passion for horses. They both love horse riding. The official Instagram account of Cuoco features her images with the horses and in some photos, she is seen horse riding. She has recently wrapped up filming for The Big Bang Theory Season 10. The finale will take place on May 11 on CBS network. The show has been renewed for two more seasons before the final episode airs. 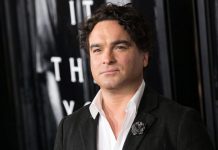 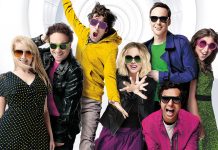 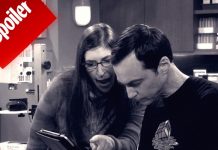