We know how it feels when you come across jargon, or let’s say, abbreviations like TFW. If you have been looking for TFW meaning, you’re at the right place! This post will demystify TFW and provide answers to that one question that has been boggling you for quite some time now – 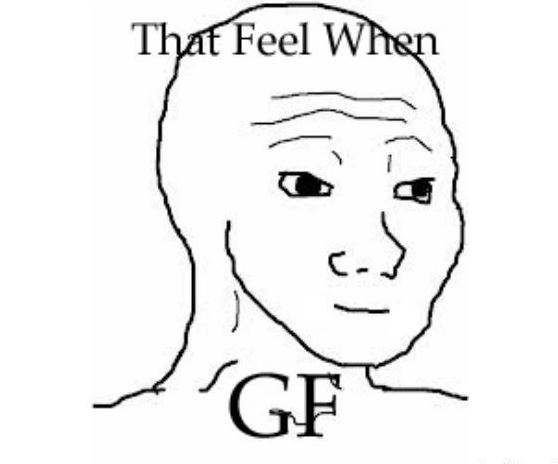 What does TFW mean?

Without further ado, let’s reveal what TFW stands for. It stands for ‘That Feel When’. Well, it’s kind of hard to understand what exactly TFW mean without putting it in a context. Take a look at these TFW example sentences –

“TFW you finally get to play your favorite game on PS4”

“TFW you realize you just missed your early morning flight”

Get the context? Still unclear about what is TFW? It’s just an expression to convey some kind of emotion or feeling. And more often these feelings are almost always universal – somebody out there in the twitter community or social media would have posted “that feeling when” type of messages an umpteen number of times. In fact, this expression has now become ubiquitous.

So TFW meaning is now pretty much clear. Want to express a ridiculous situation? Just put TFW in the beginning of the sentence. “TFW when she tweets – ‘someone text me’ and you text her only to hear ‘why did you text me?'” or “TFW when your friend wakes you up on a Sunday morning when you are cozy and warm in the bed”

So now that we know what TFW means, it’s interesting to know how the term originated in the first place. The origins of TFW are unclear but it can be traced to the “I Know That Feel Bro” meme, often seen with two characters hugging each other, expressing sympathy over what the other feels. TFW is also paired with a photo or a GIF to visually convey a ridiculous situation. So after all, the answer to the question that’s been haunting you – “What is TFW?” turns out to be a simple “That Feel When”. Well, what better way to end this article than to say “TFW you know the meaning of TFW” 😉